Trump Proud of Using 'Mother of All Bombs', But It Hardly Can Impact Afghan War 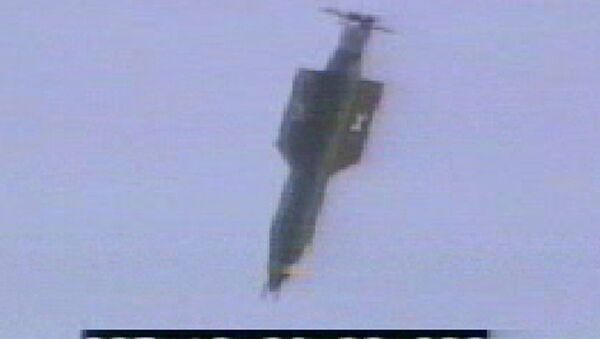 Despite US President Donald Trump hailed the first drop of "the Mother of all Bombs" in Afghanistan as "another success" of the American armed forces, military analysts doubt that the event will affect the course of the long-standing conflict in the country.

Russian Senator Warns of New Arms Race as US Strikes Afghanistan With MOAB Bomb
WASHINGTON (Sputnik) — President Donald Trump celebrated the first use of the 22,000-pound GBU-43 or Massive Ordnance Air Blast (MOAB) bomb against terrorist forces in Afghanistan as a great success.

However, military analysts told Sputnik that the weapon, dropped from a C-130 Military airlift aircraft on Thursday, was likely to have zero impact on a conflict where the US-equipped, trained and supported Afghan army is reeling against resurgent Taliban and other Islamist groups.

MOAB, nicknamed "the Mother of All Bombs," is the largest non-nuclear bomb in the US military arsenal and it was used in Afghanistan’s Nangarhar province. The weapon was designed during the second Iraq War and carries a conventional warhead weighing 22,600 pounds (10,300 kg).

The US military confirmed the bomb was used against an underground complex and tunnels in Nangarhar province in eastern Afghanistan believed to be used by Daesh terror group (outlawed in Russia).

"At 7:32 pm local time today, US Forces — Afghanistan conducted a strike on an ISIS-K [Daesh] tunnel complex in Achin district, Nangarhar province, Afghanistan, as part of ongoing efforts to defeat ISIS-K in Afghanistan in 2017," the US Central Command said in a press release. "The strike used a GBU-43 bomb dropped from a US aircraft."

The US Forces-Afghanistan (USFA) is now analyzing the outcome of the strike, USFA spokesman Bill Salvin said later on Thursday.

President Donald Trump labeled the event a "success," saying he was "very, very proud of the military."

However, Trump’s enthusiasm about using the bomb has already been questioned by political opponents.

The US president needs to explain why the US military dropped its largest non-nuclear bomb, which had never been used in combat before, in Afghanistan, US Senator Brian Schatz of Hawaii said on Thursday.

"I don't know if the use of MOAB is wise or not," Schatz stated in a Twitter post. "But the Commander-in-Chief or his people should explain what they did and why."

Leading military tactician and a military historian retired US Army Col. Doug Macgregor told Sputnik the strike was believed to be a tactical success, but was very unlikely to have any significant strategic impact on the wider direction of the Afghan war.

"The strike on the cave complex in Afghanistan probably killed 150-200 members of the Afghan chapter of IS. In that sense, it was a modest tactical success," he acknowledged.

However, Macgregor dismissed the notion that the use of the weapon could reverse the dire conditions facing the Kabul government.

Macgregor said the developing collapse in Afghanistan was reminiscent of the 2014 collapse of the Iraqi army in the face of a determined Daesh assault.

"[T]he strike is not meaningful in any strategic sense. The only conclusion any reasonable military analyst can reach is that the President is badly advised," he said.

The MOAB bomb has been in service with the US military since 2003, but the United States used it for the first time in a combat action on Thursday.

On Friday, the fifth Russian-hosted Afghanistan peace conference — set to be attended by 12 countries — will begin in Moscow. The United States was invited, but declined to attend the conference.