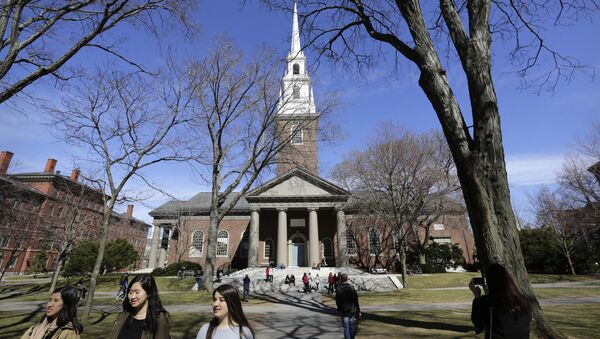 © AP Photo / Steven Senne
Subscribe
Cassandra Fairbanks
All materials
In the latest in a string of hoaxes designed to stoke fear on college campuses, two minority student groups are apologizing after handing out fake deportation notices on the Harvard University campus in Massachusetts.

Texas Students Plan to ‘Open Carry’ Sex Toys to Protest New Gun Law
It was not until a student turned the notice over that its intentions were made clear.

Minority Students Disciplined for Wearing KKK Costumes to Florida High School
There have been many similar cases since the election of Donald Trump as US president on November 8.