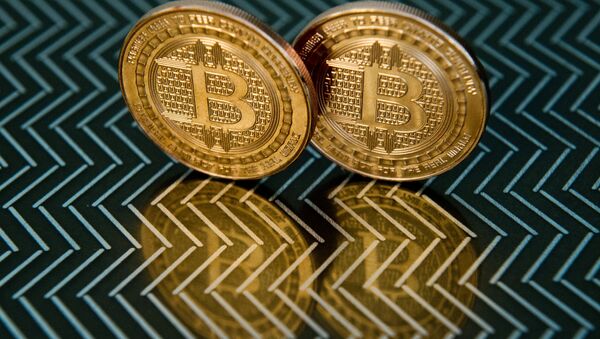 © AFP 2023 / KAREN BLEIER
Subscribe
International
India
Africa
South Korean media outlets are reporting that $88,000 worth of bitcoin have been stolen by North Korean hackers every month from 2013 to 2015. The hackers targeted South Korean exchanges.

Citing Radio Free Asia, South Korea’s Yonhap News Agency quoted Choi Sang-myong  from the South Korean cybersecurity firm Hauri as saying, "Cyber criminals have turned to bitcoin for money as it is very difficult to track them down … Since tracking down the culprits is very difficult, North Korea has jumped on the bandwagon of bitcoin extortion since around 2012."

Radio Free Asia suggested that Pyongyang was engaging in the cryptocurrency theft to support its hard currency, which has taken a hit as result of economic sanctions against the isolated nation and its leader, Kim Jong-un.

In February 2016 North Korean hackers were accused of stealing close to $1 billion from the Bangladesh central bank at the New York Federal reserve using the SWIFT global financial messaging service with the assistance of Chinese middlemen.

The embarrassing hack led to the resignation of bank governor Atiur Rahman.

The revelation that millions of bitcoin have been stolen comes a month after security concerns led the US Securities and Exchange Commission (SEC) to reject two bitcoin exchange-traded funds. The SEC said in its ruling, "the Commission is disapproving this proposed rule change because it does not find the proposal to be consistent with Section 6(b)(5) of the Exchange Act, which requires, among other things, that the rules of a national securities exchange be designed to prevent fraudulent and manipulative acts and practices and to protect investors and the public interest."

"Based on the record before it, the commission believes that the significant markets for bitcoin are unregulated," the SEC concluded.

Japan has been more accepting of the cryptocurrency, as the country began accepting bitcoin as a legal method of payment on April 1. Russia said in 2018 it would consider recognizing bitcoin as well.

Russian Deputy Finance Minister Alexey Moiseev said in an interview with Bloomberg Tuesday, "The state needs to know who at every moment of time stands on both sides of the financial chain … If there’s a transaction, the people who facilitate it should understand from whom they bought and to whom they were selling, just like with bank operations."

Just a year ago, Moscow was threatening bitcoin users with jail sentence, claiming that the currency often went to support illegal activities like money laundering and kidnapping.