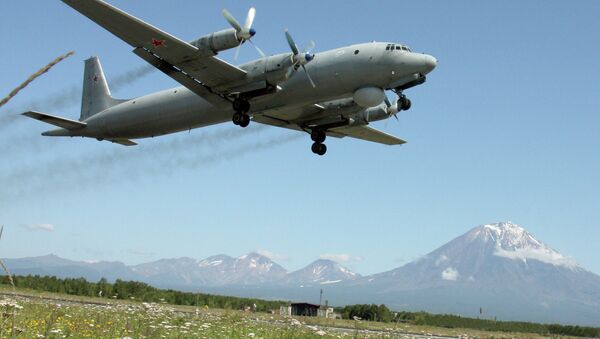 Russian warplanes have flown near Japan at a time when Washington is increasingly assertive in its foreign policy, particularly with regard to North Korea's nuclear and missile programs. Journalist Alexander Khrolenko maintained that this is no coincidence.

In Khrolenko's view, these developments reflect broader trends in the region.

North Korea's neighbors have been alarmed by Washington's increasingly hostile rhetoric toward Pyongyang, particularly remarks that the United States could resolve the issue through unilateral action, the journalist wrote for Sputnik.

"Moscow cannot but pay attention to America's pledges to tackle a regime located close to Vladivostok. The main base of the Russian Pacific Fleet is located 120 kilometers away from Russia's border with North Korea. Russia has been forced to respond to the threat of a large-scale military conflict erupting in close proximity to its territory with a population of 2 million," the analyst explained.

In recent days, United States President Donald Trump has repeatedly said that Washington is ready to resolve the North Korean issue on its own, even if Beijing does not provide any assistance on the matter.

"I have great confidence that China will properly deal with North Korea. If they are unable to do so, the US, with its allies, will!" he tweeted on Wednesday. "North Korea is looking for trouble. If China decides to help, that would be great. If not, we will solve the problem without them!" he said several days earlier.

​Earlier this year, the United States officially ended its policy of "strategic patience" toward North Korea, saying that all options are on the table.

US Prepared to Strike North Korea if Missile Test Appears Imminent
These comments have been particularly alarming following the Pentagon's unexpected airstrike in Syria which saw two US guided missile destroyers fire 59 Tomahawk cruise missiles, targeting a base operated by Damascus-led forces. The mission was not authorized by the UN Security Council.

These developments have prompted Chinese Foreign Minister Wang Yi to "call on all parties to refrain from provoking and threatening each other, whether in words or actions, and not let the situation get to an irreversible and unmanageable stage."

Khrolenko suggested that cooperation between Washington and Beijing on North Korea is "not bound to succeed."

"China is hardly capable of starving the neighboring country, even if to make it nuclear-free. The US Armed Forces are getting ready to counter Russian and Chinese weapons systems. Japan remains Washington's key ally in the region. In these circumstances there is a possibility that the US Navy assisted by the Japan Maritime Self-Defense Force will carry out a missile attack on military bases in North Korea. This scenario corresponds with the long-term strategy of the new US administration in the Asia Pacific Region," the analyst said.

Tokyo does not appear to be opposed to a military solution. Following the Pentagon's massive airstrike in Syria Japanese Prime Minister Shinzo Abe said that his government supports Washington's "resolve that it will never tolerate the spread and use of chemical weapons."

In Khrolenko's opinion, Tokyo "will back any moves" that Washington could make with regard to North Korea.