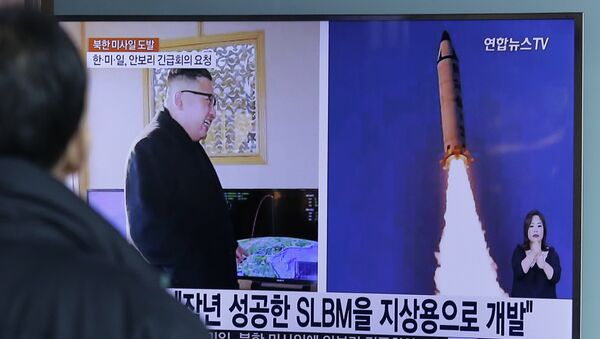 The Russian ambassador, North Korea could carry out new ballistic missile launches or conduct nuclear tests in commemoration of the 105th anniversary of its founder.

"If you carefully read the North Korean press, then there is no need to even guess. They themselves openly say that 'we will mark the upcoming glorious anniversary with significant events,' in the plural at that," Matsegora said.

"We can well imagine what events these will be. Some believe that the choice is only in two possible events: either new tests or a missile launch," Matsegora said.

The ambassador added that, the US aircraft carrier group dispatched toward North Korea is a provocation that did not contribute to de-escalation on the Korean Peninsula.

"Of course, annual US exercises this year are particularly provocative," Matsegora said. "Taking into account the fact that the US is bringing up an airborne strike group here, this does not work toward calming the situation."

The Russian envoy stressed that the US drills "are really working out a plan to seize Pyongyang, destroy the leadership of the country, approach the Russian and Chinese border, establish administrative control over the provinces of North Korea."

The latest US carrier deployment has caused concern in North Korea with the country's military now directing its strike capabilities against the carrier group, Matsegora explained, adding that North Korea is thus warning that it is prepared to retaliate against any potential aggression.