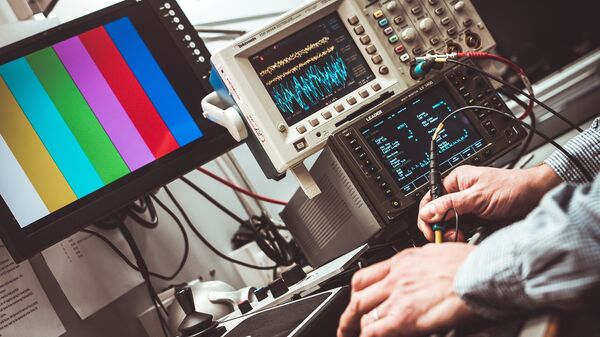 Russia
Kremlin Comments on Reports of FBI Wiretapping Calls of Russian Ambassador
If the authors of the controversial proposal, made public on April 4, have their way, this would give the state extensive powers to spy on citizens and would effectively scrap the existing system under which law enforcers need a court order to tap the phones of individual citizens.

Le Monde was quick to warn about the onset of an “era of preventive surveillance.”

In an interview with Sputnik France, Gaspard Koenig, the founder of the GenerationLibre think tank, described the MPs’ initiative as a fresh attempt to tighten state control over citizens.

”It all started with Article 2 of the Intelligence Services Act, which allows the security agencies to force telephone operators to disclose their users’ metadata. This was followed by emergency laws and a mega file containing passport and biometrical information about each and every French citizen,” Koenig said.
He added that the security agencies want additional funding and would use every opportunity available to them to bug everyone.

”This is exactly what they are already doing now and this is the reason why the law on intelligence was enacted in the first place. However, it is our parliament's job to resist this and stand up for the rights of the individual. The problem is, however, that the parliament, with the exception of a handful of MPs, is not doing this,” Koenig continued.

He added that while, previously, the authorities were listening in to suspects, now they were doing this to find out who is a suspect and who is not.

"This change of tack is very dangerous. We need to fight it because people who have done nothing wrong are entitled to privacy," Gaspard Koenig emphasized.

Passed in 2015, the French Intelligence Act reinforces surveillance techniques and provides a comprehensive legal framework applicable to the French intelligence services primarily in the context of terrorism prevention.

Amnesty International Urges EU to Drop Secret Mass Surveillance
The Act encompasses a wide range of issues from wiretapping to the creation of a new control authority. It particularly obligates telecom operators, internet service providers, and web-hosting service providers to cooperate with the French intelligence and security.

Techniques of communications surveillance covered by the Act include telephone or internet wiretaps, access to identifying data and other metadata, geotagging and computer network exploitation.

The Intelligence Act was criticized by civil libertarians, but gained wider support in the wake of the Charlie Hebdo attacks.