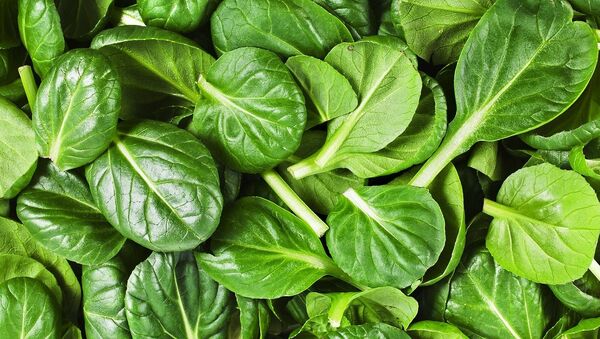 © Photo : Pixabay
Subscribe
A woman in Chevy Chase, Maryland, came face-to-face with the monster inside a bag of salad mix she bought at a local Giant grocery store last week.

Shanmukha Pranay Rajeev Jerripothula said his wife, Sri Sindhusha Boddapati, noticed something moving in the bag on Monday afternoon as she opened it to make lunch

She told WRC-TV, "I saw something inside the bag crawling …I thought it was a cricket in the beginning, and then I noticed when it was [in] the bottle that it is a scorpion."

After capturing the wayward arachnid in a water bottle, Boddapati recorded video of the creature on her mobile phone and sent it to her husband, who retrieved the bottle after work and took it to the store when they purchased the salad mix.

He said, "I told them not to sell the spinach anymore, because it might contain a scorpion."

Giant did not issue a recall of the product, and after initially refusing to pull the product they eventually removed the store brand salad mix close to six hours after being made aware of the incident.

Giant Food of Landover, Maryland, issued a statement saying, "Customer satisfaction is our highest priority. We regret any inconvenience to our customer. We take the quality of our products very seriously, and we are following up with the supplier to take every step to ensure this isolated incident does not occur in the future."

Fresh Express recently announced a limited recall of some of its salad mix after two people found a dead bat in packages bought from a Florida Wal-Mart. Both of them had consumed some of the salad before they found the bat, but have not exhibited any health issues.

The Center for Disease Control released a statement recommending, "that anyone who ate the recalled salad product and found animal material in it contact their health department for evaluation … People who have eaten the recalled salad product and did not find animal material are not at risk and do not need to contact their health department."