US, Canada, Mexico Join Forces in Bid to Host Soccer World Cup in 2026 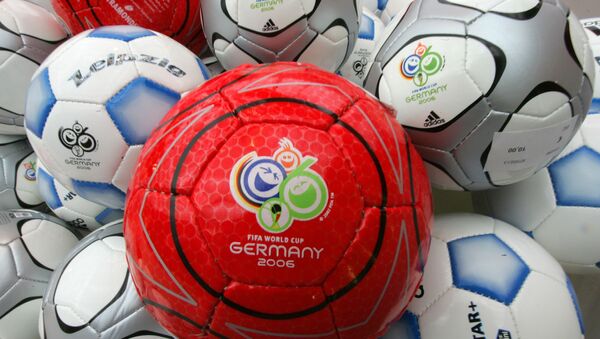 The United States, Canada and Mexico will join forces in a bid to host he 2026 World Cup in all three states, US media reports said.

Brazilian Football Fans Not Scared of 'Russian Hooligans' During 2018 World Cup
WASHINGTON (Sputnik) — The United States, Canada and Mexico soccer federations have announced they will submit a joint bid to host the 2026 World Cup in all three counties.

"On Monday in New York City, federation presidents Sunil Gulati, Decio de Maria and Victor Montagliani made it official: The United States, Mexico and Canada will submit a joint bid to host the 2026 World Cup," ESPN reported on Monday.

The three countries are joining forces to bring the tournament back to the North America, Central America and the Caribbean (CONCACAF) region for the first time since the United States last hosted it in 1994, the report noted.