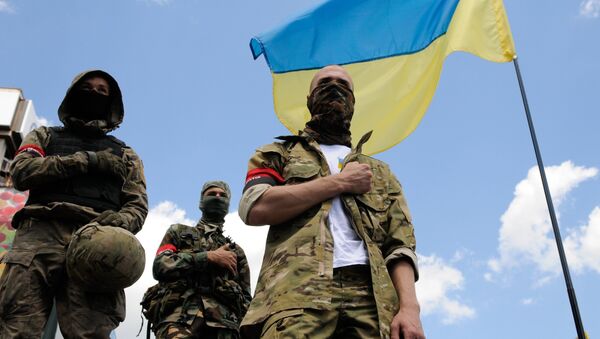 Moscow launched a criminal case against two Russians for their involvement in the activities of Ukraine's Right Sector extremists.

"A criminal case has been opened against the citizens of Russia who are involved in the activities of the Right Sector," committee spokeswoman Svetlana Petrenko said.

The Right Sector paramilitary group played a major role in violent clashes with police that led to the February 2014 government overthrow in Ukraine.

Over 5,000 Militants Estimated to Be in Ukraine's Right Sector
The nationalist group gained notoriety for numerous atrocities such as burning alive and finishing 48 people in Odessa. Its militants have participated in the Donbass conflict, attacked striking coal miners, detained probable witnesses of their crimes in a pit and threatened to undermine the Minsk agreements.