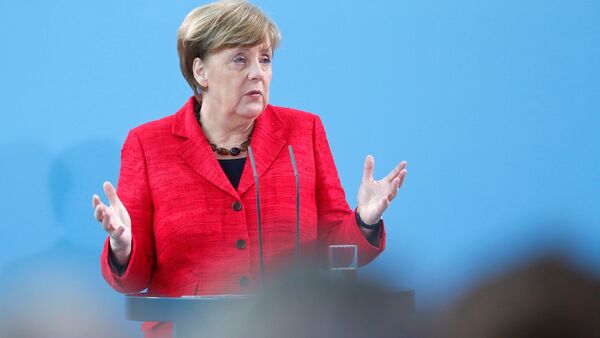 German Chancellor Angela Merkel's image as the leading woman in Europe is slowly slipping as the two major issues for the European Union begin to merge into German domestic politics, ahead of the federal elections, September 24, as she seeks a fourth terms in office.

Merkel has enjoyed enormous popularity within the EU during most of her time as Chancellor. However, cracks are beginning to appear in her dream of Europe as her opponents begin to take a softer line on austerity and reforms of the EU.

Under Merkel, the EU has pursued a tough line on fiscal unity within the Eurozone, under the rules of the Stability and Growth Pact (SGP), designed to correct excessive budget deficits or excessive public debt burdens.

Greece — which is struggling to meet the terms of its third bailout — Italy, Spain and Portugal are all burdened with deeply unpopular austerity measures, largely driven by Germany. This has led to protests — particularly in Greece and Italy — and opened up a north-south divide within the Eurozone. 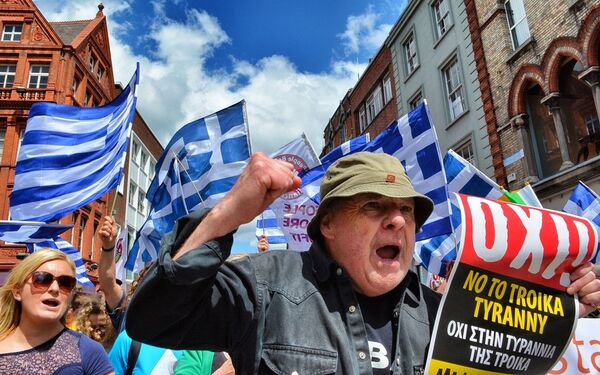 However, the former President of the European Parliament, Martin Schulz — who stepped down as president to run for the Chancellery for the Social Democratic Party of Germany (SPD) — has made clear he feels that the EU should soften its stance on austerity and give the — mainly Mediterranean — debt-burdened states a break. He is calling for "social justice."

More than 1000 young people from all over the continent are working in Duisburg on how to make Europe more socially just. So encouraging!

​In this, he is supported by the German foreign minister Sigmar Gabriel, who is in her coalition government, but is also SPD.

Merkel is also facing the fact that most Germans know she has become unpopular within the EU over her policy on migrants. In 2015, she famously declared Europe's "door open" to refugees, precipitating the biggest mass movement of people across Europe since the Second World War. 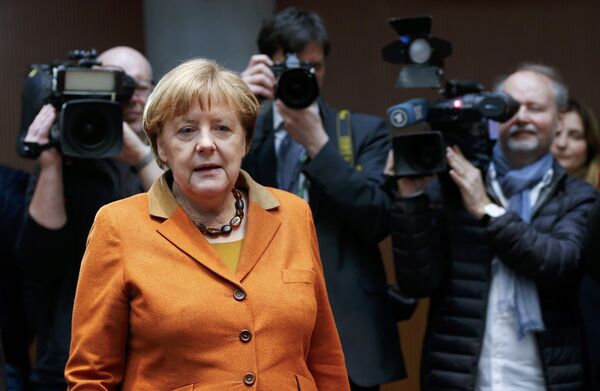 Merkel also struggled to manage the migrant crisis with German for nearly a year, with federal states overburdened with the sheer volume of arrivals.
© REUTERS / Axel Schmidt

Schulz — with his hotline to Brussels and credibility among MEPs — is seen as an EU-friendly face, who may improve Germany's reputation among other member states, who are divided over migrant relocation plans as well as the controversial EU-Turkey migrant deal.

#Schulz seems to be serious about wanting to take that crown off of #Merkel. (see: http:/twitter.com/PVandenHoute/status/851728239605280768) pic.twitter.com/CgQcVKehsY

​However, the elder stateswoman of EU politics will have been buoyed by the latest opinion poll by the Forsa Institut, April 11, which showed her popularity among young and first-time voters surge ahead. Merkel's lead over Schulz rose to 47 percent against 29 percent among young voters aged 18 to 21, while among all voters it was 43 percent support, compared to 32 percent.

With five months to go until the elections — in spite of the latest poll — it will not be an easy ride for Merkel and five months is an eon in politics.