Detention of Russian Programmer Levashov Prepared by US Over Several Years 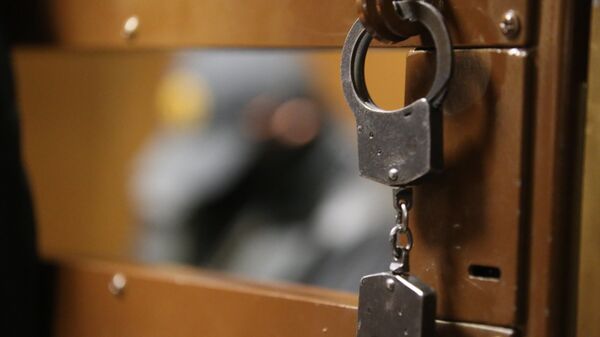 US law enforcement agencies prepared the possible detention of the Russian programmer Petr Levashov, accused by Washington of Internet fraud, for several years, according to US media.

Russian Programmer Levashov Detained in Spain 'Most Wanted Criminal'
MOSCOW (Sputnik) — US law enforcement agencies have been preparing for the possible detention of the Russian programmer Petr Levashov, accused by Washington of Internet fraud, for several years and have even visited Moscow for consultations on the matter, The New York Times newspaper reported Tuesday, citing the former law enforcement official.

Levashov was detained at international request by Spanish police in Barcelona on Friday and was later taken to Madrid, the country's capital.

The New York Times reported, citing the official who was involved in the activities which led to Levashov's capture, that the US side has not managed to receive any assistance from Moscow on the matter. With regard to the consultations which US law enforcement held in Moscow, the official did not specify when exactly they took place.

In late March, the US Federal Bureau of Investigation (FBI) received information about Levashov's travel to Spain, the report read. The US officials did not comment on how the FBI learned of Levashov's travel plans or whether they had cooperated with the Russian government, according to the newspaper.

Russian Programmer to Be Detained Until Spain Court Decides on Extradition to US
The US Department of Justice said on Monday the programmer was accused by the court of the District of Alaska of the fraud on the Internet and illegal interceptions of information. The department's document, obtained by Sputnik, showed that the criminal proceedings against Levashov had been launched many years ago in the state of Michigan and the US capital of Washington D.C.

The current warrants were signed by the US prosecutors on April 4 and included the allegations that Levashov has been running the network of infected computers named Kelihos botnet. According to the prosecution, the victims of the network were located in Alaska apart from other US states, so the trial is expected to take place there.

Levashov was detained while on vacation with his family in Barcelona. Russia's Vice Consul in Barcelona Stanislav Petrunichev told Sputnik on Sunday that the Russian diplomats were providing all necessary assistance to Levashov and maintaining a constant dialogue with the local police.