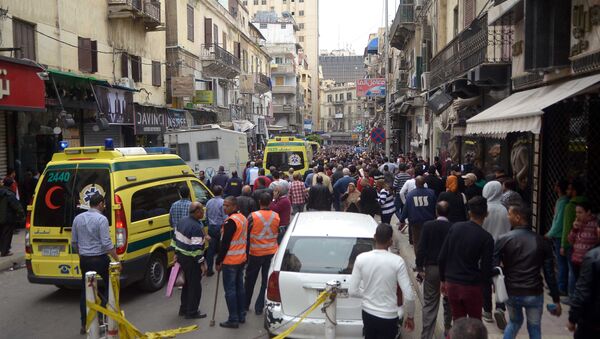 The Egyptian government must enhance its efforts to protect minority groups, including the Coptic Christians in the country, US Senator Ben Cardin said in a press release.

"The government in Cairo must improve its record protecting minority groups across Egypt, including the Coptic Christians, who make up 10 percent of the population," Cardin stated. "This is a message I shared with President el-Sisi last week in Washington."

At least 48 people were killed and 90 injured in Sunday’s church attacks.

Daesh (a terror group outlawed in Russia) reportedly claimed responsibility for the attacks and threatened in a statement published on social media it would undertake additional assaults.