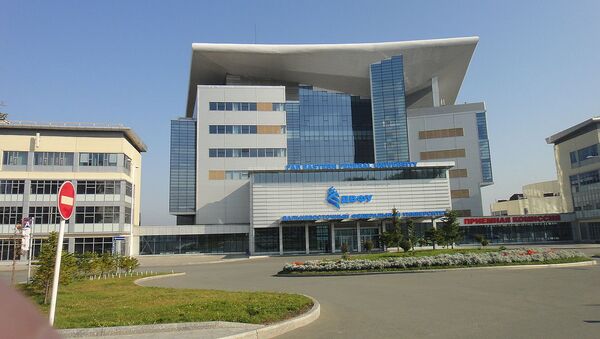 Members of the Association of Pacific Rim Universities (APRU) will participate for the first time in an Asia-Pacific Economic Cooperation (APEC) international conference on education, which is set to take place in early September in Russia's Far Eastern Federal University (FEFU), a head of the FEFU Law School said Tuesday.

VLADIVOSTOK (Sputnik) — APEC forum will take place in the FEFU for the sixth time. This year the event will focus on the issue of the mutual recognition of academic diplomas in the countries of the region.

Flowering of Russia's Far East Policy: Compatriots Come Home to Settle in Region
"The conference is usually attended by official delegations of the Ministries of Education and Science of the APEC states, but the universities themselves will participate for the first time. APRU is very interested in contacts with APEC, as the association is seeking the universities to get involved in solving national and international problems in the region," Vladimir Kurilov said.

APRU was formed in 1997 and comprises 45 leading research universities located in the Pacific region, namely in Australia, Canada, China, Chile, Japan, Indonesia, Malaysia, Mexico, New Zealand, Russia, South Korea, Singapore, Thailand, Taiwan, the United States and the Philippines. It aims at boosting cooperation between universities, and therby contributing to the economic, scientific and cultural development of the region.