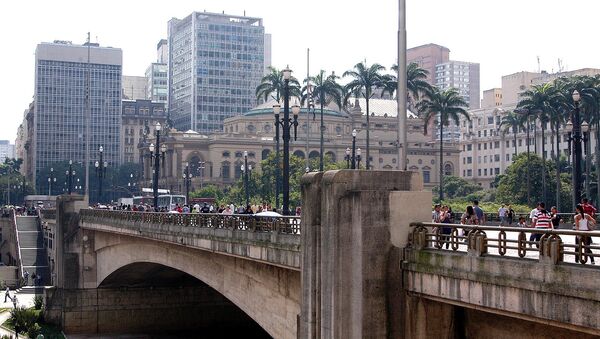 A new report from Transparency International has revealed that more than US$2.7 billion worth of property in Sao Paulo, Brazil's biggest city, is hidden behind shell companies, many of which have close links to the United Kingdom, which has many offshore tax havens in its overseas dependencies.

Using newly released public data, the report — Sao Paulo: Does corruption live next door? — identifies thousands of high-end properties that are owned through 236 companies registered in secrecy jurisdictions and tax havens, including in the British Virgin Islands.

NEW REPORT: $2.7 billion worth of real estate in São Paulo linked to secret companies that #corrupt can hide behind https://t.co/eTmrsxSPEf

​Transparency International says it is "simply not possible to find out who has bought all these apartments and business property in some of the most expensive Sao Paulo neighborhoods."

A recent report by the European Parliament's Committee of Inquiry into Money Laundering, Tax Avoidance and Tax Evasion (PANA) found that the UK is among the worst offenders in its failure to open up the murky world of beneficial ownership in its Overseas Territories and Crown Dependencies.

'Thriving Under the Auspices' of the Government

"The UK is at the heart of the world's largest web of tax havens and is intricately connected with the world of offshore finance. The Panama Papers showed that in no other European country are intermediaries more active than in the UK. Bermuda, Cayman Islands, British Virgin Islands — a list of who's who of global tax havens are thriving under the auspices of Her Majesty's Government," said Fabio De Masi, vice-chair of the PANA committee, when his committee took evidence in London, February 2017.

"And it's not just money laundering and tax: Europol's cross-examination of the Panama Papers with their counterterrorism finances database flagged up the UK financial system as having one of the biggest concentration of suspects with more than 3500 hits," he said.