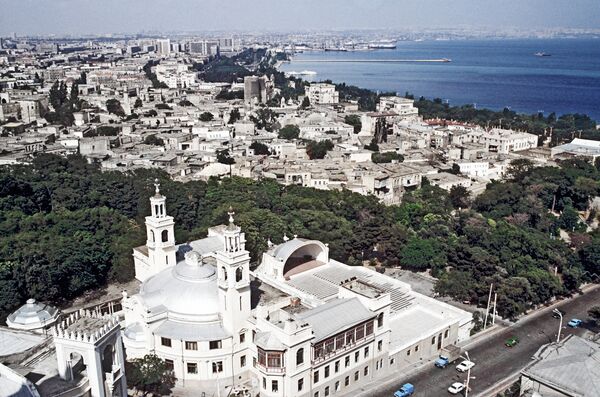 Turkish citizens living in Azerbaijan will vote in three cities across the country in the referendum to alter Turkey's constitution in order to expand presidential powers, local media reported Sunday. The vote is scheduled to take place in Turkey on April 16.

BAKU (Sputnik) — According to the news agency Trend, the polls have opened in the Turkish Embassy in Baku, and in the Consulates in the cities of Ganja and Nakhchivan. The voting will finish at 9:00 p.m. local time [17:00 GMT].

'EU is a Christian Union': Erdogan Explains Why Turkey Can't Join the Bloc
Over 6,000 Turkish citizens are reportedly registered to vote in Azerbaijan.

On January 21, the Turkish parliament approved constitutional amendments that would increase presidential powers over the legislature and the judiciary. The president will also be able to remain the head of the political party he represents, which is not allowed under the current legislation, if approved by the referendum.

The voting for Turkish citizens living abroad is being held from March 27 to April 9.