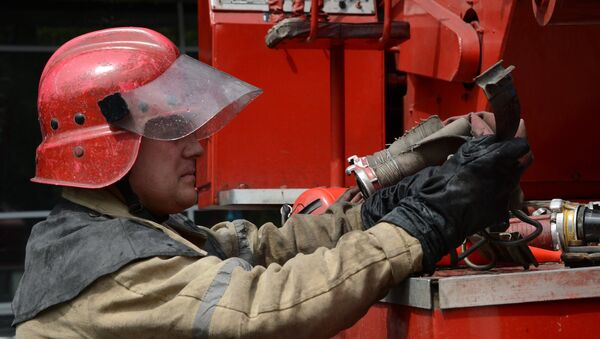 Three people were injured and 150 evacuated after a gas explosion occurred in Russia's Taganrog.

ROSTOV-ON-DON  (Russia) (Sputnik) — The gas has exploded in one of the flats in the apartment building in the Russian southern city of Taganrog, 150 people were evacuated and three people were injured in the explosion, the Russian Emergencies ministry said Sunday.

“We have received a message that a gas explosion took place on Shaumian street 12/1 in of the flats of the five-story apartment house, 3 people  were injured, two hospitalized, one refused hospitalization … four flats were partly destructed on the fifth floor. The residents of the building were evacuated, around 150 people,” the ministry said.