On the Run: Wisconsin Man Stole Firearms, May Be Plotting Against Trump 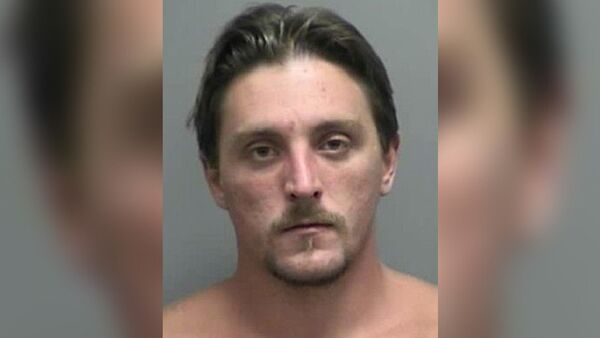 © Photo : Rock County Sheriff's Office / Facebook
Subscribe
The FBI is advertising a $10,000 reward for information leading to the capture of a fugitive arms shop burglar who is believed to be plotting a massacre targeting a range of American authorities, from local police all the way up to US President Donald Trump.

Trump’s Border Wall May Come Crashing Down Before Construction Even Begins
A nationwide manhunt is underway for Joseph Jakubowski, from Janesville, Wisconsin, who police say robbed a gun store and got away with 16 "high-end guns," and is believed to be plotting an act of violence against government officials.

Jakubowski's is believed to be plotting an act of violence against government officials, ranging from police officers all the way up to US President Donald Trump.

Prior to the burglary, Jakubowski made a video of himself mailing a large envelope with a letter addressed to Donald Trump.

"Ya'll have no idea what's going to happen," he says on the video. "Revolution. It's time for change."

"You'll never forget this face, ever," viewers can hear the cameraman saying. Jakubowski made no attempt to conceal his face

"Basically, he's angry at all government officials, whether it's the president or local officials or whether it's law enforcement. He basically has a dislike for anyone that has authority or governmental power. We consider him to be armed and highly dangerous," Spoden said.

The Sheriff also disclosed some details on a document Jakubowski sent to Trump.

"When you look at his document that he wrote, it's really a long list of injustices he believes the government and society and the upper class have put forward onto the rest of the citizens," Spoden said.

"It's just an overview that he feels that government and law enforcement, in particular, are acting as terrorists and enslaving the people and creating this environment that he finds unacceptable," he added.

The FBI, the  Bureau of Alcohol, Tobacco, Firearms and Explosives and the Secret Service are now together conducting a nationwide operation to apprehend Jakubowski. Anyone in possession of information about his whereabouts is  advised not to approach the man, but instead to call 608-757-7911 (the Sheriff's Office) or 1-800-CALLFBI (225-5324).