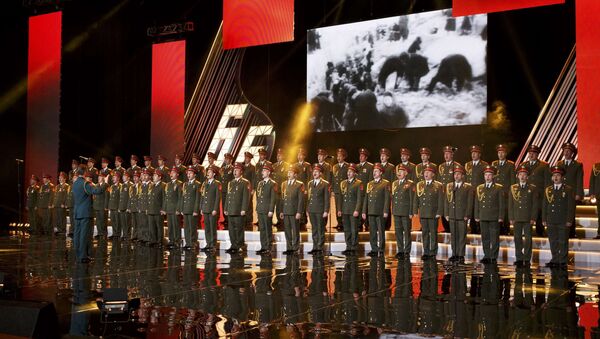 "We are honored to participate in the event that fosters Russian culture in Turkey. We believe that we have contributed to the development of Russian-Turkish relations. Judging by the reaction of the audience, it [Total Dictation] was perceived very positively," Novikov said.

The event was held at Aydin University in Istanbul and gathered some 80 people. Other Turkish cities that hosted Total Dictation were Ankara and Antalya.

Total Dictation is an annual event that attracts thousands of participants and is organized all around the world. For the first time it was held by a student club of Novosibirsk State University in 2004.

The choir is in Turkey giving its first concert abroad following the tragic airplane crash in December that killed 92 people, including 64 musicians of the Alexandrov Ensemble.