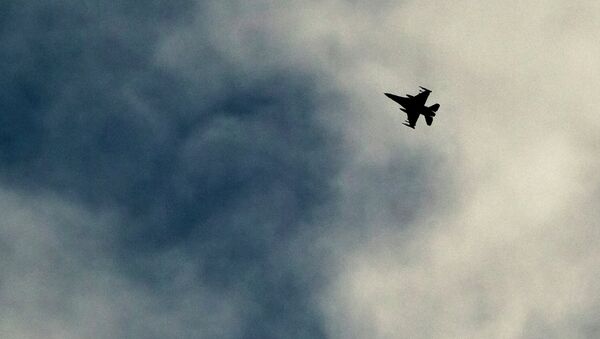 © AP Photo / Vadim Ghirda
Subscribe
International
India
Africa
The US Department of Defense still wants to communicate with Russia when it comes to Syrian airspace and the memorandum on incident prevention, Pentagon spokesperson Michelle Baldanza told Sputnik on Friday.

"The Department of Defense maintains the desire for dialogue through the flight safety channel," Baldanza stated. "It is to the benefit of all parties operating in the air over Syria to avoid accidents and miscalculation, and we hope the Russian Ministry of Defense comes to this conclusion as well."

All You Need to Know About Russia-US Memo on Preventing Incidents Over Syria
The document regulates all aircraft and drone operations in Syrian airspace and is aimed at ensuring the safety of flights. The memorandum is of a purely military-technological nature.

It includes specific safety protocols for aircraft crews to follow, namely those that stipulate the professional behavior of pilots, use of specific communication frequencies, and creation of lines of communication on the ground.

Earlier in the day Russian Defense Ministry spokesman Maj. Gen. Igor Konashenkov said that Russia suspends its memorandum of understanding on air safety over Syria with the United States following the deadly US missile attack on the Sha'irat airfield.

"We assess such actions of the US side as a gross violations of the memorandum on incident prevention and ensuring security in operations in the Syrian airspace signed in 2015. The Russian Defense Ministry is suspending cooperation with the Pentagon within the framework of this memorandum," Konashenkov said in a statement.

Following the US attack, the Syrian Armed Forces said that at least six people were killed and serious damages were inflicted on the Syrian military airfield in the Homs province.