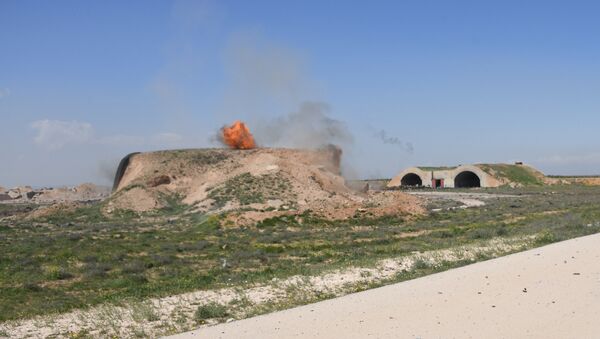 The US attack on Syria's military airfield undermines the relations between Moscow and Washington, thus hampering the achievement of the global security, Valentina Matvienko, the speaker of the Federation Council, the upper house of the Russian Parliament, said Friday.

“What happened on April 7 also damages Russian-US ties. Considering its importance for the global security, the missile strike created new challenges on the way to strengthening peace and cooperation,” Matvienko said, as quoted by the Federation Council.

Valentina Matvienko did not rule out Friday that the US missile strike on Syria's airbase was carried out to divert attention from the coalition’s actions in Iraq’s Mosul.

"Washington is well aware that the Syrian army has no chemical weapons, they were completely destroyed in strict accordance with the reached agreements and under international control," Matvienko told reporters.

"A conclusion appears that the missile strike was an action designed to divert attention from the actions of the aircraft of the US and its allies in Mosul, which killed hundreds of civilians," she said.