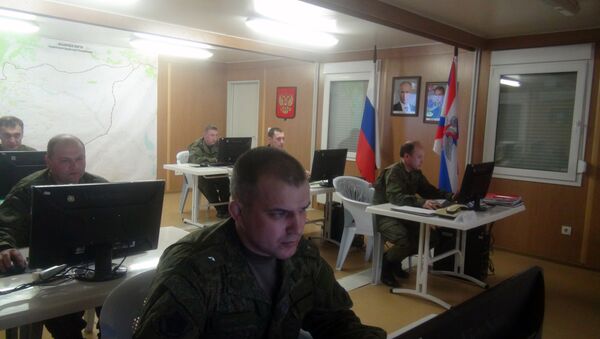 Russia's reconciliation center in Syria does not have information on Russian citizens among victims of the US missile attack in Syria.

UK SoD Expresses Full Support for US Missile Strikes on Syria Airfield
MOSCOW (Sputnik) — Russia's center for reconciliation of the opposing sides in Syria does not have information on Russian citizens among victims of the US missile attack on Sha'irat airfield in Homs province, its official told Sputnik on Friday.

"There is no information on victims among our [compatriots]," the official said following US media suggestions that Russian servicemen may have been in the airfield.