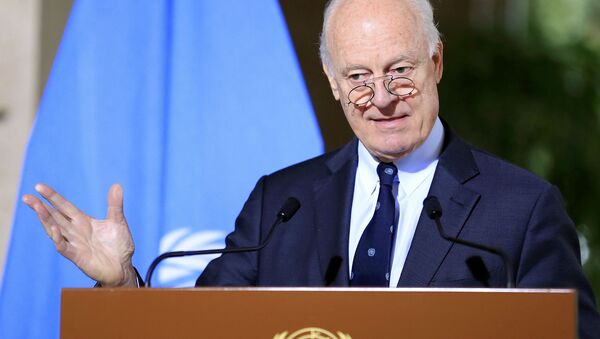 UN Special Envoy for Syria Staffan de Mistura is closely following the situation with the US missile strikes on Syria's military airfield and holding consultations with the relevant parties, a member of Mistura’s office told Sputnik on Friday.

“The SE [Special Envoy] is following closely the situation, including through consultations with relevant interlocutors.  The UN will provide additional comments as more information is brought to bear,” a member of Mistura’s office said.