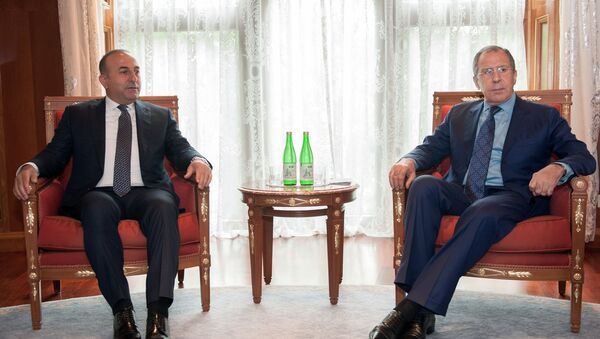 US Actions in Syria Damaging to Chemical Attack Investigation - Bolivia UN Envoy
MOSCOW (Sputnik) — Lavrov and Cavusoglu discussed the situation in Syria in light of recent US missile strikes against Syrian government forces in the war-torn country described by Washington as response to Bashar Assad regime's deadly use of chemical weapons against militants in Syria's Idlib province on April 4.

"The sides emphasized the importance of an objective and unbiased investigation of all circumstances surrounding tragic events in Khan Shaykhun, as well as previous incidents involving the use of chemical weapons by terrorist groups in Syria," the ministry said in a statement.