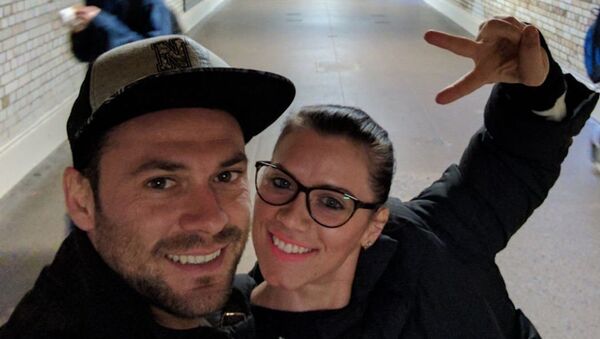 Cassandra Fairbanks
All materials
The death toll from last month’s terrorist attack in London is now at five, after the woman who fell into the Thames River during the attack was taken off life support on Thursday.

London Police Release All 12 People Arrested Over March 22 Terror Attack
On March 22, Khalid Masood used a vehicle to plow through a crowd of pedestrians on Westminster Bridge before stabbing a police officer to death. The terrorist was subsequently shot to death at the scene.

Andreea Cristea, 31, an architect from Romania, fell off the the bridge during the attack.

After being pulled from the river, Cristea was diagnosed with a blood clot on the brain. She remained hospitalized and on life support for more than two weeks. Her fatal fall was captured on video at the scene, but it remains unclear if she was pushed off the bridge by the vehicle or if she jumped deliberately to attempt to get away.

"After fighting for her life for over two weeks, our beloved and irreplaceable Andreea – wonderful daughter, sister, partner, dedicated friend and the most unique and life loving person you can imagine – was cruelly and brutally ripped away from our lives in the most heartless and spiritless way,” a statement from Cristea’s family said. "She will always be remembered as our shining ray of light that will forever keep on shining in our hearts."

New Eyewitness Footage Shows Immediate Aftermath of London Terror Attack (VIDEO)
Cristea was on the bridge with her boyfriend, Andrei Burnaz, who had been planning to propose to her that day. They were in London to celebrate his birthday.

The family has said that remaining donations for her medical care will be given to charity.

Burnaz was also struck by Masood’s vehicle, breaking his foot, but survived.

“Deeply saddened to hear of the death of Andreea Cristea. Londoners hold her & her loved ones in our thoughts today,” Sadiq Khan, the mayor of London, tweeted.

The other victims who did not survive the attack on the bridge were Aysha Frade, 44, of London; US tourist Kurt Cochran, 54, from Utah; and Leslie Rhodes, 75, of south London. Police officer Keith Palmer, a father of two, was killed at the gates of Parliament.