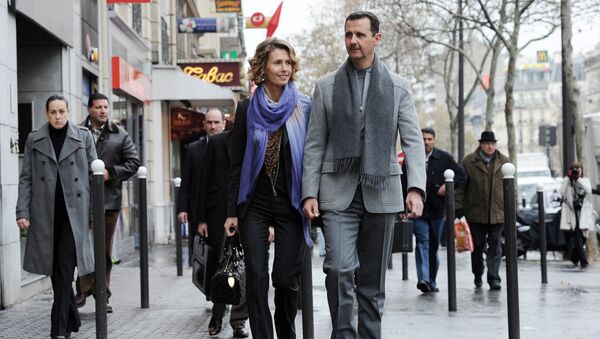 The Western countries use terrorism as a means to achieve their political goals, Syrian President Bashar Assad told the Croatian Vecernji List newspaper in an interview published on Thursday, adding that the West still supported terrorism even when it backfired.

MOSCOW (Sputnik) — In December 2016, Assad told the RT broadcaster that Western countries ignored killings of civilians by jihadists as they were more concerned about the advance of the Syrian government troops.

"The fact of the matter is that they use terrorism as a card to achieve different political agendas, even when this terrorism backfires and claims victims in their own countries. But they do not acknowledge this fact," Assad was quoted as saying by the Sana news agency.

Assad stressed that the so-called fight against terrorism was "used only in name for domestic consumption."

"Terrorism has always existed in the world and has become more widespread as a result of the different wars in the Middle East. But the Western countries which declared war on terrorism still support it up till now. They do not fight it," Assad said.

The Syrian president pointed out that many countries were still against terrorism and proved this through cooperating with Syria before the war and during it.

"Most countries of the world are against terrorism. They do not declare that, but they have been practically cooperating with us in one way or another during the war, and before the war, because terrorism did not start only with the war on Syria," Assad said.

Syria's civil war between government forces and a wide range of opposition groups and terrorists, such as Daesh and Jabhat Fatah al Sham (formerly known as the al-Nusra Front), both banned in many countries including Russia, has raged for over six years and has claimed hundreds of thousands of lives.