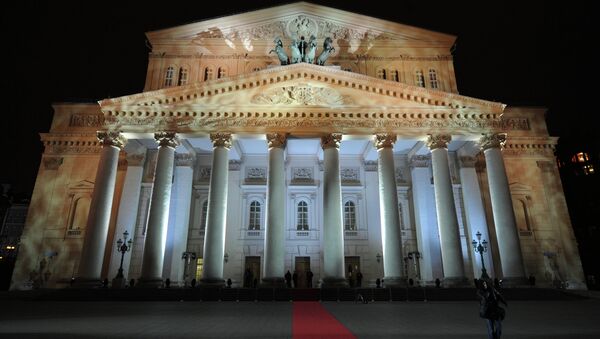 Leading opera soloist at Moscow's Bolshoi Theater said that he could be forced to skip performing at this year's Glyndebourne Festival Opera after being refused a UK visa twice in a row.

Young Brazilian Ballerina’s Journey to Prestigious Bolshoi Theatre School
MOSCOW (Sputnik) — Igor Golovatenko, a leading opera soloist at Moscow's Bolshoi Theater, told Sputnik on Thursday he could be forced to skip performing at this year's Glyndebourne Festival Opera after being refused a UK visa twice in a row.

"My UK visa application has been rejected twice by the UK embassy," Golovatenko said.

The first rejection was explained by a wrong visa type selection, while no information had been provided on changes to documentation procedures, the singer said.

The third application may also be rejected and the entire debacle is looking to ruin his visa history while barring entry to the United Kingdom for years.

"They may once again reject my application and I could face an entry ban of up to 10 or more years. Besides, the situation has permanently damaged by visa history and I will now have to list the UK visa rejections every time I go to another country," Golovatenko complained.

Golovatenko, who has been on over two dozen tours abroad since coming to the Bolshoi Theater in 2012, was due to appear in Glyndebourne on April 14 to start rehearsals. The soloist said he had a contract signed with the event organizers.

The organizers of the country house opera festival did not comment on the rejections, telling Sputnik that the visa process was still ongoing.