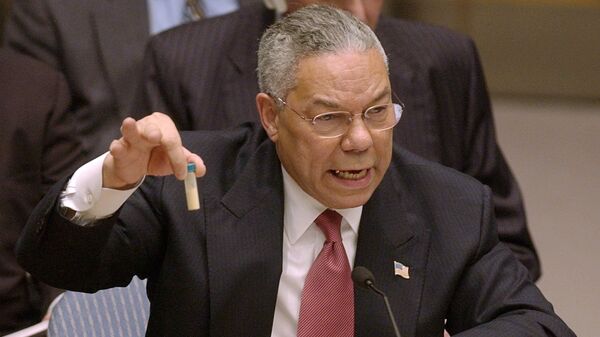 Faruk Logoglu, former Turkish ambassador to the US spoke to Sputnik Turkey about the Idlib incident saying that it was aimed at undermining the Syrian government and the peace process.

Trump Considering Military Action in Syria After Idlib Chemical Attack - Reports
“First of all, it should be noted that at the moment we only know that a terrible attack was carried out in Syrian Idlib, many innocent people were killed and among them children. However, who carried out this attack, how and why, that is still unknown,” Logoglu said.

He further said that a meeting of the UN Security Council was held during which it was announced that it was necessary to investigate the incident.

“However, we see that a number of Western countries, in particular the United States, already claim that this chemical attack was carried out by the forces of al-Assad.

However, they do not provide with any evidence,” the diplomat said.

“If they have any information confirming the guilt of the government forces of Syria then let them show them to the international community,” he added.

He also said that it should not be forgotten how at one time, former US Secretary of State Colin Powell, speaking at a session of the UN Security Council demonstrated to the whole world pictures of non-existent Iraqi warehouses with chemical weapons allegedly proving the existence of weapons of mass destruction in Iraq, which turned out to be false; however, led to the invasion of the country.

“That became the reason for invasion of Iraq. In Syria, during the reign of Obama, the same issue with chemical weapons was already raised; however, it was settled with the assistance of the UN,” Logoglu told Sputnik Turkey.

He concluded by saying that whoever committed this attack hoped that this would negatively affect both the armistice that was established in Syria thanks to joint Russian-Turkish efforts and talks on the Syrian cease-fire as a whole.

At Least 27 Children Killed in Syrian Idlib Attack - UNICEF
The Syrian opposition claimed Tuesday that forces loyal to President Bashar Assad had used a chemical gas on people in the northwestern province, killing nearly 80 and injuring 200. Assad argued his government has no chemical weapons after having agreed to have them destroyed in 2013. He also ruled out having used chemicals against own people.

Russian President Vladimir Putin said on Thursday the Tuesday incident needed to be cleared up before making any accusations.