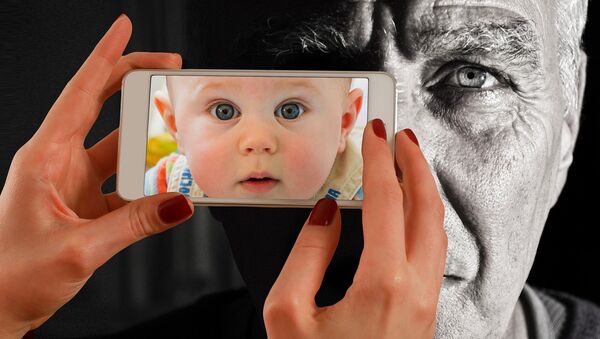 © Photo : Pixabay
Subscribe
Geezers sleep less than whippersnappers. Everybody knows that, but scientists aren’t sure why. A new study from University of California, Berkeley, argues that older people need just as much sleep as younger people, but the degeneration of certain brain signals prevents older people from getting the rest they need.

The team was led by Matthew Walker, professor of neuroscience and psychology and head of the Sleep and Neuroimaging Laboratory at Berkeley. Sleep is vital to all animals, says Walker — every single bodily system relies on that downtime to function properly.

Walker's team found that the chemical signal that triggers sleep in the brains of mice declines in strength as the mice get older. The brain has a more difficult time receiving the signal as a result, making it more difficult for the older mice to sleep for a longer period of time.

"It's almost like a radio antenna that's weak," said Walker in a statement. "The signal is there, but the antenna just can't pick it up." Walker believes that this is a sign that sleep deprivation contributes to aging, whereas conventional wisdom had it the other way around.

"Or at least it's a two-way street I think, and maybe the fact that it's flowing in more than one direction. In other words, I think sleep disruption is a novel, underappreciated fact that is contributing to age and dementia as we get older," he said.

When you fall asleep, you cycle between four states. One of those states is called Slow Wave Sleep (SWS), and its purpose is to recuperate the brain and body. Older people take a longer time to fall asleep and awaken more often, but most importantly, they spend less time in the SWS state.

Exhausted and Packing on the Pounds? Lack of Sleep Can Lead to Overeating

Sleep decline typically begins in the late 20's or early 30's and continuously decreases. By the time the average person turns 50 their sleep becomes half as restful as it was when they were 20. This is why older people frequently wake up throughout the night while young people sleep like rocks.

A good night's rest is more important than just avoiding crankiness and coffee addiction, according to Walker. "Every one of the major diseases that are killing us in first-world nations – from diabetes to obesity to Alzheimer's disease to cancer – all of those things now have strong causal links to a lack of sleep. And all of those diseases significantly increase in likelihood the older that we get, and especially in dementia."

Now that the problem is better understood, Walker says, it may be possible to treat it. Currently, there's no drug that targets the brain's "sleepiness receptor." Sleeping pills and other sedatives may make it easier to fall and stay asleep, but they don't improve the amount of SWS that the body needs.

Two promising techniques that Walker hopes to explore in successive research are electrical brain stimulation, which is invasive but has proven effective in improving the quality of sleep among young people, and cognitive behavioral psychotherapy, which has been used as an insomnia treatment in the past.

"Sleep decline is one of the most dramatic physiological changes that occurs as we age, yet that demonstrable change is not part of the health conversation today," said Walker.

"We need to recognize the causal contribution of sleep disruption in the physical and mental deterioration that underlies aging and dementia. More attention needs to be paid to the diagnosis and treatment of sleep disturbance if we are going to extend healthspan, and not just lifespan."

In 2016, policy think tank RAND Corporation estimated that the loss of productivity caused by Americans not getting enough sleep costs  $411 billion every year.

000000
Popular comments
I wonder how the various forms of relaxation / meditation may assist the older adult? For many though there would be other contributing factors such as stressors from the day's events and so on.
michael
7 April 2017, 02:17 GMT
000000
Sleep deprivation affects Blood Brain Barrier. Correlation? www.ncbi.nlm.nih.gov/pubmed/23713739 www.ncbi.nlm.nih.gov/pmc/articles/PMC4212067
Trihalo42
7 April 2017, 02:19 GMT
000000
Newsfeed
0
New firstOld first
loader
LIVE
Заголовок открываемого материала
Access to the chat has been blocked for violating the rules . You will be able to participate again through:∞. If you do not agree with the blocking, please use the feedback form
The discussion is closed. You can participate in the discussion within 24 hours after the publication of the article.
To participate in the discussion
log in or register
loader
Chats
Заголовок открываемого материала
Worldwide
InternationalEnglishEnglishMundoEspañolSpanish
Europe
DeutschlandDeutschGermanFranceFrançaisFrenchΕλλάδαΕλληνικάGreekItaliaItalianoItalianČeská republikaČeštinaCzechPolskaPolskiPolishСрбиjаСрпскиSerbianLatvijaLatviešuLatvianLietuvaLietuviųLithuanianMoldovaMoldoveneascăMoldavianБеларусьБеларускiBelarusian
Transcaucasia
ԱրմենիաՀայերենArmenianАҧсныАҧсышәалаAbkhazХуссар ИрыстонИронауОssetianსაქართველოქართულიGeorgianAzərbaycanАzərbaycancaAzerbaijani
Middle East
Sputnik عربيArabicArabicTürkiyeTürkçeTurkishSputnik ایرانPersianPersianSputnik افغانستانDariDari
Central Asia
ҚазақстанҚазақ тіліKazakhКыргызстанКыргызчаKyrgyzOʻzbekistonЎзбекчаUzbekТоҷикистонТоҷикӣTajik
East & Southeast Asia
Việt NamTiếng ViệtVietnamese日本日本語Japanese俄罗斯卫星通讯社中文（简体）Chinese (simplified)俄罗斯卫星通讯社中文（繁体）Chinese (traditional)
South America
BrasilPortuguêsPortuguese
NewsfeedBreaking
14:03 GMTXi Urges SCO to 'Resist' External Meddling After US, Australia Vow to Bolster Ties With Taiwan
14:02 GMTUN Security Council Holds Meeting on Afghanistan
13:39 GMTHitting US Debt Ceiling Could Trigger Recession, White House Says
13:32 GMTUnited Airlines Briefly Grounded Flights in US, Canada Due to Computer Issues, FAA Says
13:29 GMTDutch Acting Defense Minister Resigns Over Kabul Evacuations Chaos, Reports Suggest
13:27 GMTFrance Says It Cannot Trust Australia in Trade Talks After Canberra Ditched Joint Sub Deal
13:20 GMTPiers Morgan Says His New Job Will Be 'Stuff of Nightmares' for Meghan Markle
13:18 GMTIndonesia Wary of Australia's Plans to Acquire Nuclear Submarines
13:14 GMTUS Slaps New Hezbollah-Related Sanctions on Several Individuals
12:57 GMTPakistan Will Get ‘Badly Burnt’ If It Courts the Taliban Beyond a Point, Warns Author
12:51 GMTUS General Mark Milley Reportedly Downplayed George Floyd Protests' Severity in Talks With Trump
12:51 GMTIs Narendra Modi Emerging as the Most Sports Loving Indian Prime Minister?
12:28 GMTFAA Bans Drone Flights Over Texas Bridge After Thousands of Haitians Filmed Flocking to Area
12:27 GMT'Show Got It Wrong': Priyanka Chopra Apologises After Taking Flak Over 'The Activist' Format
12:05 GMTNicki Minaj Tweet That COVID-19 Vaccines Cause Impotence Sparks Protest Outside CDC HQs - Video
12:01 GMTPelosi Asked After Capitol Riot If WH Staff Did Anything But 'Kiss' Trump's 'Fat Butt', Book Claims
11:48 GMTArmenian Police to Block Streets Near Central Square Due to Planned Rallies
11:32 GMTUK Military 'Actively Recruiting' New Spies for Deployment in Asian Region Amid AUKUS-Caused Waves
11:14 GMTPunjabi Activists Clash With Police in Delhi During Anti-Farm Law Protests - Video
11:07 GMTClip of Man With Crossbow on Balcony in Netherlands Emerges Online Amid Reports of Stabbing Attack