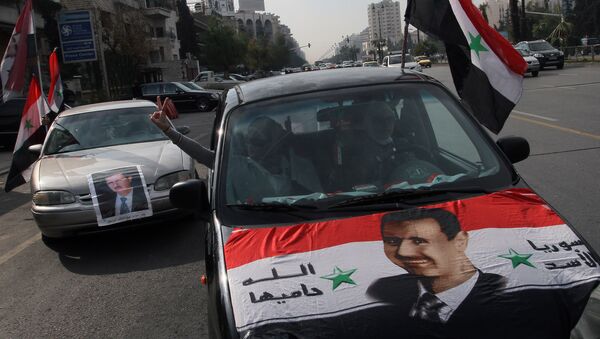 The United States was quick to lay the blame for what is claimed to have been a chemical attack in Khan Shaykhun, a town in the rebel-held Syrian province of Idlib, on President Bashar al-Assad despite the fact that Washington is fully aware that Damascus has long since destroyed its chemical arsenal, Russian economist Said Gafurov told Sputnik.

"The Americans know that Syria simply does not have chemical weapons. [Damascus] abandoned these armaments in 2014. They have been destroyed. The Americans paid for the process [which was carried out using] Russian technologies," the analyst said. "They are fully aware of this. This is why this is merely idle talk which should not be taken seriously. It reflects extremely complex unseen processes unravelling in the United States where many, including bankers and defense contractors are unhappy with [Secretary of State Rex] Tillerson's pro-oil policies."

Defense analyst Igor Nikulin, a former member of the UN commission on biological and chemical weapons, also said that the US acknowledged that Damascus destroyed its chemical weapons in 2014.

"Then US President Barack Obama personally reported on and took all the credit for this, while the Organization for the Prohibition of Chemical Weapons (OPCW) received the Nobel Peace Prize for this. There is no higher award than the Nobel Prize in the world. In other words it can be viewed as an absolute mathematical proof that all chemical weapons were taken away from Assad. There can be no doubt about it since UN inspectors were present during the elimination process. The procedure was fully observed," he said. 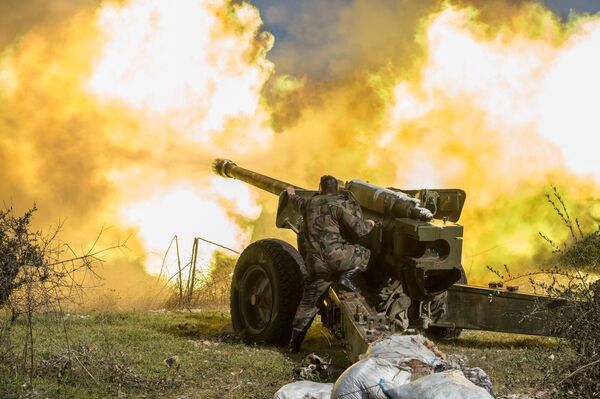 Nikulin emphasized that at the same time no one took away chemical weapons produced or acquired by the opposition. The analyst also said that experts could determine the type of gas that claimed nearly 80 lives and left 200 injured in Khan Shaykhun.

Kremlin on Idlib Attack: Russia to Continue Supporting Assad in War on Terror
"There are samples of the weapons retrieved from Assad. They can be used to compare and conduct a chemical analysis. In general, the gas, which the militants have occasionally used against civilians and Damascus-led forces, slightly differs from the one that the Syrian Arab Army (SAA) used to have in its arsenal. If international inspectors receive access to the area, they could provide insight into the issue. But I highly doubt that the moderate opposition will allow this to happen," the analyst said.

These comments came after forces opposed to President Assad claimed that the SAA used chemical weapons in an attack that took place in Idlib on Tuesday. The SAA denied these accusations, stating that armed radical fighters and their backers were behind the attack.

"These heinous actions by the Bashar al-Assad regime are a consequence of the last administration's weakness and irresolution," US President Donald Trump said in a statement. "Assad must be held accountable for these barbaric attacks against his own people," US envoy to the United Nations Nikki Haley tweeted.

Russian MoD Denies Reports of Alleged Strikes in Syria by Tochka-U Systems
Political analyst Oleg Glazunov of the Moscow-based Plekhanov Russian University of Economics told Sputnik that Washington appears to be trying to pressure Assad, reverting to its former strategy with regard to the Syrian leadership.

"The United States is as fickle as the wind. Sometimes Washington says that it is not against Assad and then it claims that the Syrian people allegedly do not want to see him as the head of the state. Their stance is changing each day," he observed.

The analyst suggested that Washington's comments on what happened in Khan Shaykhun were meant to send a message to America's allies in the Gulf.

"The United States has indicated that it is against the Syrian president, reaffirming its support to Saudi Arabia and its allies. In other words this was a signal that the US has not changed its stance on the Middle East and that everything will remain as it used to," he said.

​Last week, several senior US officials indicated that Washington no longer intended to carry out a regime change in Syria. On Thursday, Nikki Haley said that policymakers in the United States still viewed Assad as "a hindrance," but added that "our priority is no longer to sit there and focus on getting Assad out." Meanwhile, US Secretary of State Rex Tillerson said that Assad's status "will be decided by the Syrian people."

Tunnels Won’t Save Terrorists in Hama From Syrian Artillery (VIDEO)
On Friday, White House Spokesman Sean Spicer confirmed that "there is a political reality that we have to accept in terms of where we are right now," blaming the Obama administration for its inability to force Assad to resign. "I think that our statement that both UN Ambassador Haley gave yesterday and Secretary of State Tillerson reflects the reality that it's now up to the Syrian people," he added.

Glazunov pointed out that the real issue is whether Daesh has access to chemical weapons. In the analyst's view, the answer to this question is clear.

"We should consider whether Daesh could have chemical weapons? Clearly, it could. There was a large chemical lab at the University of Mosul. Those who served in Saddam Hussein's chemical forces developed these weapons for Daesh. Traces of chemical armaments were reported to have been found during raids at Daesh militant bases in Africa," he said. "When it comes to Assad and chemical weapons, everyone remembers that they were removed and eliminated at Russia's initiative." 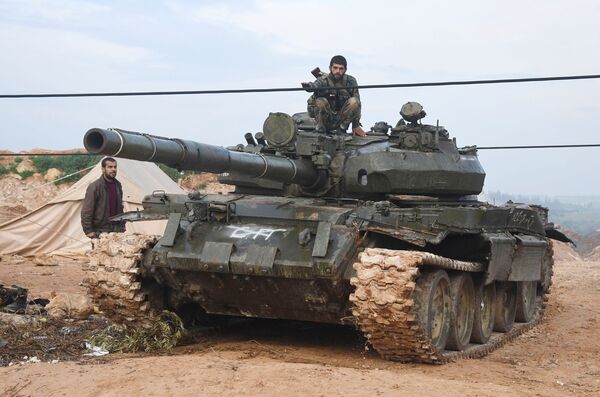 For his part, Nikulin highlighted that Washington's statements on Assad came at a time when the so-called moderate opposition in Syria was struggling to maintain its hold on territories under its control. "As soon as they suffer a defeat, an incident takes place," he said.

Charles Shoebridge, a British security analyst and counterterrorism expert, shared these sentiments, telling RT that Assad was unlikely to have ordered such an attack since the SAA has already turned the tide of the Syrian conflict.

Washington Made U-Turn on Assad 'Due to Russia's Military Involvement in Syria'
"The people who have benefited from this kind of attack are the rebels themselves because they have gained a major political advantage at a time when they are struggling both strategically and geopolitically," he said, adding that Damascus-led forces would have hardly opted for such tactics since they are on a roll "across Syria."

The analyst also pointed out that such incidents fall into a certain pattern "taking place at critical moments from a geopolitical perspective." He mentioned that a chlorine attack took place in Ghouta, a Damascus suburb, in August 2013 at the time when UN inspectors arrived in the Syrian capital. Another chemical attack took place in September 2016 shortly before "a major conference in London, where the Syrian opposition met with its foreign donors."