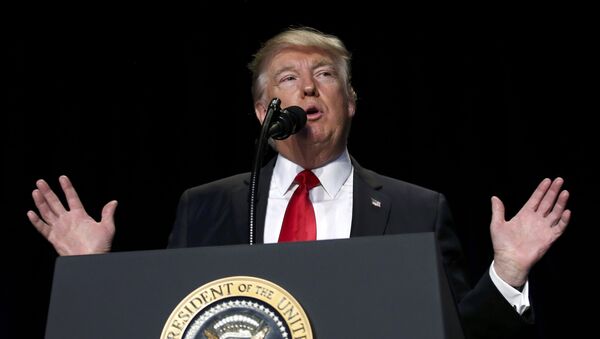 The chemical attack in Syria’s Idlib province is an affront to humanity and cannot be tolerated, US President Donald Trump said in a joint press conference with Jordan’s King Abdullah II on Wednesday. He added that his attitude to Syrian President Bashar Assad changed.

"A chemical attack that was so horrific in Syria against innocent people — including women, small children and even beautiful little babies — their deaths was an affront to humanity," Trump stated.

What's Behind Trump Accusing Damascus of Reported Chemical Attack in Syria
Trump said the "heinous actions by the Assad regime" cannot be tolerated.

"It’s very, very possible, and I will tell you it’s already happened, that my attitude toward Syria and Assad has changed very much," Trump stated.

""When you kill innocent children, innocent babies with a chemical gas that is so lethal… that crosses many, many lines," Trump stated. "Beyond a red line."

Meanwhile, Jordan's King Abdullah II said that the alleged chemical weapons attack is "another testament to the failure of the international diplomacy to find a solution to this crisis."