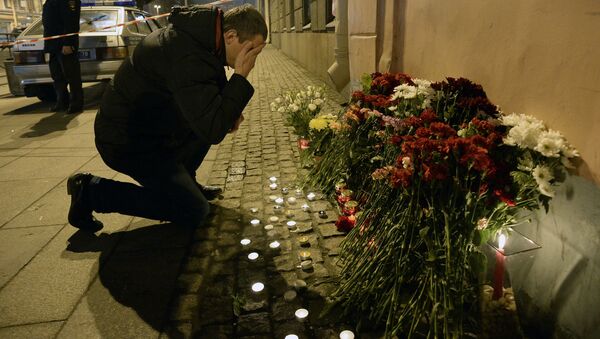 Syrian Ambassador Expresses Condolences to Russia Amid St. Petersburg Attack
MOSCOW (Sputnik) — On Monday, an explosion hit the center of St. Petersburg on the stretch of rail between two metro stations, killing at least 14 people and injuring about 50 more. One more explosive device was found at another metro station and defused by specialists.

The Investigative Committee has opened a criminal investigation into the suspected terrorist attack but is also following other leads. Kyrgyz-born Russian citizen Akbarzhon Jalilov has been named as the main suspect behind the attack.

"(Such) barbaric crimes committed by terrorist groups against innocent citizens indicate that effective and all-out confrontation with the anti-human elements, their intellectual origin and their supporters should be a top security priority for the international community," Shamkhani said in a letter to Russian Security Council Secretary Nikolai Patrushev, as quoted by the Tasnim news agency on Wednesday.