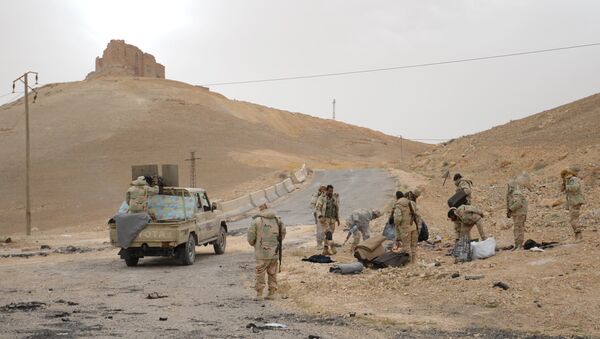 The Kremlin spokesman commented on the chemical attack in Idlib blamed by Western states on Damascus.

Answering a question on whether Russia is going to continue supporting Assad after the chemical attack in Idlib even if Moscow risks deteriorating relations with the US, Peskov said that "Russia and its Armed Forces continue the operation to support the anti-terrorist operation to liberate the country carried out by the Syrian Arab Republic's army."

Syrian Army Rejects Claims of Chemical Weapons Use in Idlib, Blames Militants
When asked to comment on Western states' accusations blaming the Syrian president for the attack, Peskov said that he has "nothing to add to the facts voiced by the Russian Defense Ministry."

Russia will present Russian Defense Ministry's data on an airstrike on a plant producing chemical weapons in Syria at the UN Security Council, Peskov added.

"As for Kremlin's plans, the plan is to continue the consistent line of the decisive fight against terrorism, which the Russian president has been conducting for years. We have repeatedly said that we lack international cooperation; and that happens not due to our fault. But despite this, Russia is determined to continue its efforts to combat terrorism," Peskov added.