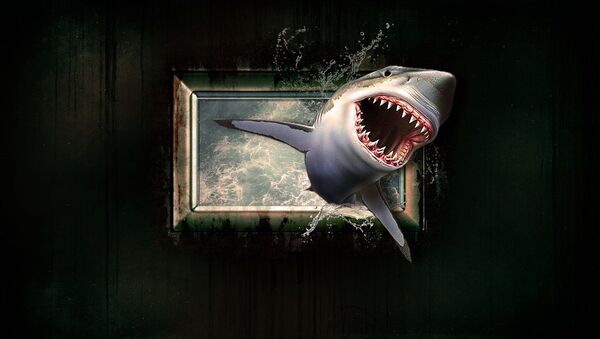 © Photo : Pixabay
Subscribe
A paleontologist from Naples in Italy thinks he may have found a rare prehistoric shark tooth, when working on a excavation at one of the city's archeological sites.

Dr. Gianluca Minin, an Italian paleontologist, may have made the discovery of a rare prehistoric tooth belong to a Megalodon shark at a vast underground site in the city of Naples, called the Galleria Borbonica.

The Megalodon shark roamed ocean depths over 2 million years ago and is thought to be the largest shark that ever lived on Earth, as well as one of the largest vertebrate predators in history.

Researchers and scientists plan to conduct more analysis on the tooth in order to determine its origins, however that has not prevented Dr. Minin from declaring on social media that he believes the tooth belongs to the Megalodon.

Despite the fact it was wiped out during the Pleistocene extinction, researchers are still finding remains of the Megalodon to this day.

The single massive tooth that may have belonged to the prehistoric monster is more than half the length of a person's hand, according to experts.

The tunnel where the tooth was discovered was previously used as an escape route for king Ferdinand II and later used as a shelter during the Second World War.

"It's a classic stroke of luck, because it's an impossible discovery," Dr. Minin said.

"We were getting rid of a build-up from a well and working in a soil layer dating back to the war era, when I noticed a glossy surface. When I realized what I'd found, I was speechless for about two minutes — the others were concerned."

Researchers will continue to examine the tooth to uncover if it in fact, does belong to the prehistoric creature.