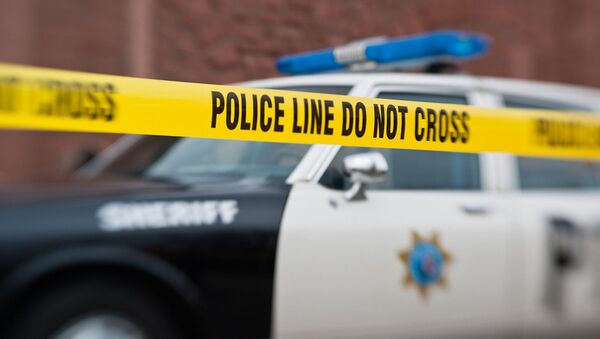 © Fotolia / Dominik Herz
Subscribe
International
India
Africa
Police in Florida told a local woman to stop calling emergency services, and hours later she and one of her sons were dead, shot by a violent boyfriend with an assault rifle.

According to reports, Latina Herring and her eight-year-old son were shot and killed, and four others were wounded last week, after Herring's boyfriend fired an AK-47 assault rifle at them.

At Least Two People Killed in Shooting in Cleveland, US

Herring is reported to have called the 911 emergency hotline several times on March 27, according to Rawstory.com, claiming that her boyfriend was drunk and displaying erratic behavior, making false accusations and displaying rage-based emotions.

In a recording of the calls, an officer is heard assuring Herring that, "We're going to handle it," before telling her, "Just stop calling 911 and making accusations that you don't know about."

Police visited the residence after Herring detailed that she was afraid for her and her son's life. At the time the boyfriend was handcuffed and placed in the back of a police car. After a short period, the police released him.

Less than three hours later the boyfriend returned to Herring's residence with an AK-47 assault rifle and opened fire, instantly killing her and her eight-year-old son, before attempting to kill Herring's seven-year-old, her father, and two other bystanders, who were all injured, one critically.

Local police have not responded to requests to provide body-camera video recordings of the events leading up to the tragedy.

It is not known how the boyfriend acquired the assault rifle.