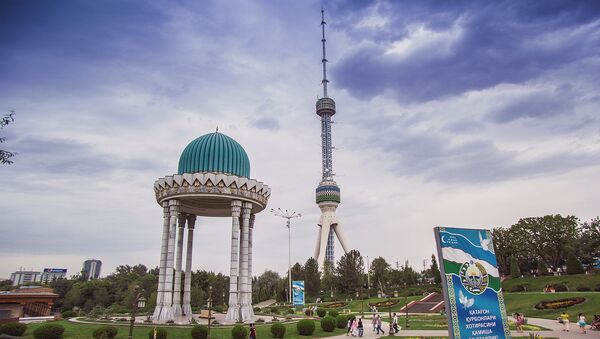 Uzbek Foreign Ministry’s press service said that companies and banks of Uzbekistan and Russia on Monday signed 16 bilateral agreements and contracts with total worth exceeding $3.5 billion.

Russian Relations With Uzbekistan Reach Strategic Level of Cooperation – Putin
TASHKENT (Sputnik) – Companies and banks of Uzbekistan and Russia on Monday signed 16 bilateral agreements and contracts with total worth exceeding $3.5 billion, the Uzbek Foreign Ministry’s press service said in a statement on Tuesday.

"Representatives of the sides signed 16 bilateral agreements, contracts and other documents in trade, economic and investments areas for a total sum of over $3.5 billion," the ministry said, adding the the ceremony took place at the Uzbek embassy in Moscow ahead of the visit of President of Uzbekistan Shavkat Mirziyoyev to Russia, scheduled for April 4-5.

According to the statement, the Uzbek delegation was headed by First Deputy Prime Minister Achilbay Ramatov, with the Russian delegation led by Minister of Economic Development Maxim Oreshkin.

According to the ministry, the documents signed on Monday include a framework agreement on joint financing of investment projects, joint manufacturing of agricultural machinery, as well as agreements and memorandums on supply of Uzbek fruits and vegetables to Russia and of Russian oil to Uzbekistan.

"The next big package of documents is expected to be signed in the wake of the Uzbek-Russian summit," the statement added.

Mirziyoyev’s visit to Russia, officially confirmed by the Kremlin’s press service on Monday, is expected to be the first one for the Uzbek leader during his tenure that started on February 14 after he won the election organized after the death of the previous country's President Islam Karimov.