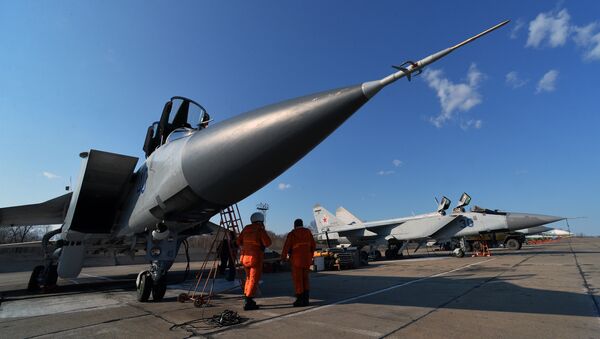 © Sputnik / Vitaliy Ankov
/
Go to the photo bank
Subscribe
The Russian MiG-31 and MiG-31BM interceptor jets took part in this week's large-scale drills of the country's Eastern Military District, an apparent response to increasing US military activity in the Asia-Pacific region, according to RIA Novosti.

The press service added that the MiG-31BM is not only capable of fighting enemy aircraft, but also tackling cruise and ballistic missiles at any height.

"So the MiG-31 interceptors are becoming a major part of the missile defense system of the Russian Far East amid growing US military activity in the Asia-Pacific," RIA Novosti said.

For his part, Vasily Kashin of the Moscow-based Institute for Far Eastern Studies of the Russian Academy of Sciences, said in an interview with Sputnik that the noticeable build-up of Russia's Pacific Fleet and air defense aviation comes in response to the US' increasingly persistent activity, not only in the Asia-Pacific, but also in Europe. 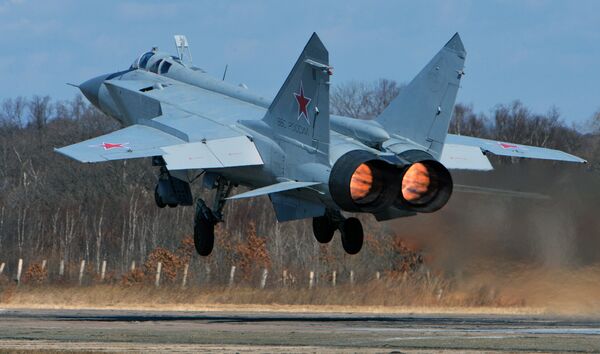 "The situation in the Far East is a reflection of what is currently happening in Europe, where NATO is actively building up its military presence just near the Russian borders. In this vein, Russia's both eastern and western frontiers face the same threats," Kashin said.

He described the MiG-31 as a "rather specific aircraft" which is tasked with intercepting enemy planes and cruise missiles at long ranges. Kashin recalled that "only the US can use both warplanes and missiles against Russia in the Pacific, with other countries having such opportunities."

According to him, "a potential conflict between Russia and the US in Europe could very quickly lead to an escalation that is out of sync with Washington's plans."

On the other hand, the Pentagon perceives Russia's Far East as a less protected area, which the Pentagon thinks may be hypothetically hit without suffering serious losses.

"I'd like to emphasize that now the war between Russia and the US in the Far East is unlikely, not least because Moscow continues to bolster ties with South Korea and Japan. However, American generals and admirals are considering any, even hypothetical, possibility of a US standoff with Russia in this region, which means that Moscow must, in turn, work out all retaliation options," Kashin said, praising Russian troop drills in the Far East.

Since the beginning of the year, the presence of the US Navy in the Asia-Pacific region has increased significantly. On February 18, a US Navy aircraft carrier strike group led by USS Carl Vinson aircraft carrier entered the South China Sea. 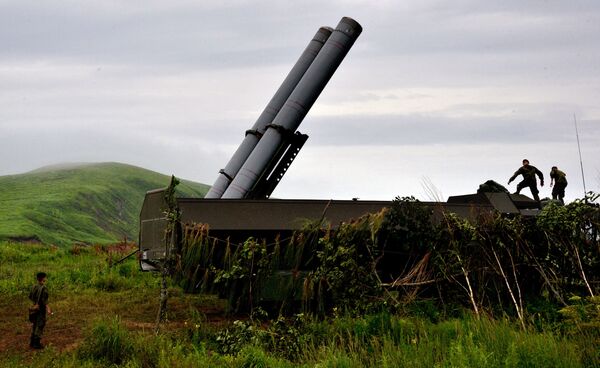 A Bastion coastal defense missile system during a drill in Primorsky Territory in the Russian Far East.
© Sputnik / Vitaliy Ankov
/
Go to the photo bank

Since then, American seamen conduct military exercises with South Korean and Japanese partners almost every week, practicing a variety of tasks, something that the Pentagon claims is aimed to contain North Korea, which has stepped up its nuclear program.

Intercept This! Russian MiG-31BM Takes Longest Non-Stop Flight in History
The Russian Defense Ministry, for its part, has significantly increased the number of military exercises in the Far East's Primorye Territory and deployed additional forces to a number of key areas in the past two months.

In particular, Russia deployed the first battery of its Bastion-P next-generation mobile coastal defense system in the Kamchatka Peninsula in February. Experts say they aims to protect the strategic nuclear submarines Russia bases in the peninsula.