'A Wonderful Piece of Diplomacy': Will US Senators Kill Iran Nuclear Deal? 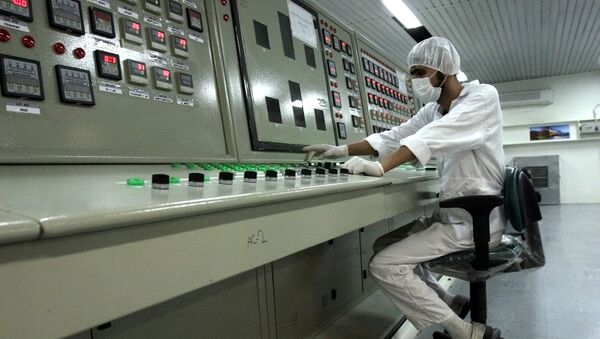 In an interview with Sputnik, Simon Mabon, a Lecturer in International Relations at Lancaster University, specifically focused on the Iranian nuclear deal, which he said "is still holding" despite some US Senators' efforts to torpedo it.

World
Cold Confusion: Iran Has 'Yet to See Benefits of Nuclear Deal'
In an array of countries, including the UK, there is a drive to make sure that the Iranian nuclear program must endure regardless of US intentions, Simon Mabon, Lecturer in International Relations at Lancaster University, told Sputnik.

The interview came as a group of US Senators is seeking to undermine the treaty that lifted sanctions against Tehran, with Republican Senator Bob Corker initiating a bill that allows the US President to renew economic restrictions on Iran.

Such actions could be taken if any individual or entity is engaged in activities contributing to Tehran's ballistic missile program development. The bill, drafted about two weeks ago, has found support among at least twenty five lawmakers.

The National Iranian American Council condemned the move, stating that it could possibly ignite a deadly conflict with Iran.

The treaty, which was announced on April 2, 2015, guarantees that Iran would not develop or deploy nuclear weapons. 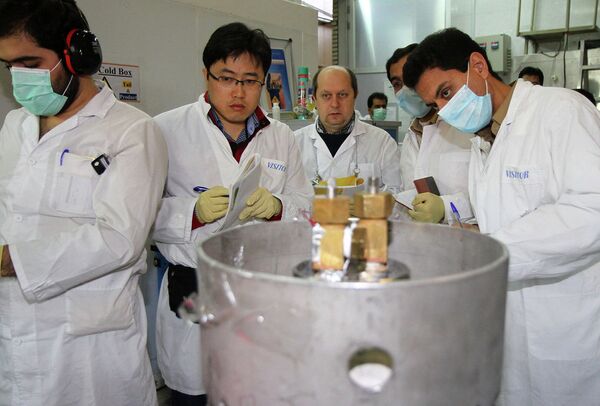 Signed by seven world powers, it relaxed economic restrictions imposed on Iran and put the country under the supervision of the United Nation Security Council. For the most part, Tehran has adhered to the agreement.

Speaking to Sputnik, Simon Mabon specifically pointed to "the rising strength of anti-Iranian sentiments in the US," which he said could contribute to introducing the bill on economic restrictions against Iran.

According to him, those Republican Senators who oppose the nuclear treaty are now "trying to capitalize on new [US] President Trump and any opportunity that might arise from that." According to him, "these people view all this as the now or never" option.

Mabon said that the Iranian nuclear deal "is still holding" and that a number of countries, including the UK, seek "to make sure that the deal should last regardless of what Americans do."

When asked whether President Trump will be able to deliver on his promise to dismantle the deal, Mabon said that it will be a difficult task and that "you can certainly pull the US out of it."

He touted the deal as "a wonderful peace of diplomacy", a document which "is bringing Iran [back] to the international community" and which "is very important for international security; Madon concluded by saying that "in the coming months, we will see a lot of creative diplomacy to try and make it last."

Iran, the European Union, and the P5+1 group, which includes China, France, Russia, Britain, the US and Germany, signed the Joint Comprehensive Plan of Action to ensure the peaceful nature of Iran's nuclear program on July 14, 2015.

Iran Sticks to Nuclear Deal in Spite of Threats From Hardliners
Under this agreement, Iran pledged to refrain from developing or acquiring nuclear weapons in exchange for the lifting of sanctions imposed against Iran. A UN resolution was passed shortly afterwards, reaffirming the nuclear agreement.