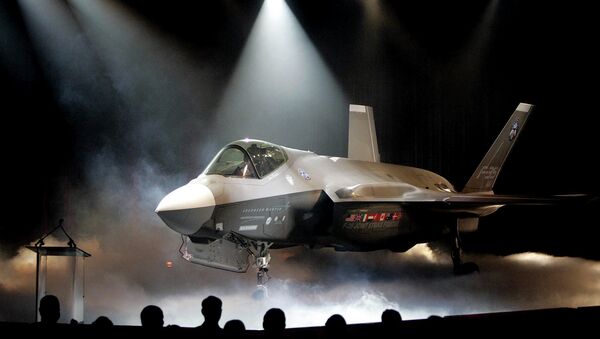 Citing a report from retired Director of Operational Test and Evaluation Dr. Michael Gilmore, Dan Grazier of The National Interest came to the conclusion that the Lockheed Martin F-35 Lightning II is a "$1.4 trillion dollar national disaster."

"The F-35 was intended to be a multi-role aircraft from its inception. This latest report provides a clear picture of how it stacks up so far in its various roles, including in comparison to each aircraft it's supposed to replace. The news is not encouraging," Grazier wrote in his recent op-ed.

Too Big to Fail? Pentagon Pours Another $100M Into F-35 Fighter's Repairs
After providing his readers with a scrupulous analysis of the jet's flaws, Grazier remarked ironically that "it is difficult to see how anyone could honestly say the F-35 is 'fantastic'."

"The DOT&E's latest report is yet more proof that the F-35 program will continue to be a massive drain on time and resources for years to come, and will provide our armed forces with a second-rate combat aircraft less able to perform its missions than the 'legacy' aircraft it is meant to replace. The men and women who take to the skies to defend the nation deserve something better," the observer emphasized.

Commenting on the issue, General Director of Aviation Technologies Alliance Viktor Pryadka told Radio Sputnik that the jet's designers are seemingly losing their interest to the troublesome aircraft.

Pryadka also called attention to the fact that the plane has been under development for more than a decade, and that the very concept of its combat use could have changed over this period.

"The aircraft was developed in three modifications: for maritime use [as a carrier-based variant], for air defense [as a conventional takeoff and landing variant] and as short-take off and vertical-landing aircraft. But now the plane's outlook is now quite vague. In addition, it is intended for export; it would be purchased by the countries that are participants of the program, therefore the number of secret technologies the jet is equipped with is limited," Pryadka explained. 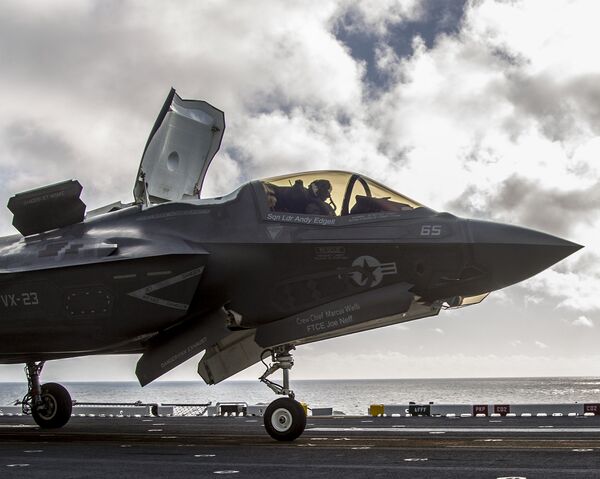 "Perhaps, the management of the American developer, Lockheed Martin, has no clear vision for the F-35, so the number of shortcomings in the aircraft is gradually increasing. Perhaps, modern Lockheed Martin designers are not so skillful and therefore the quality suffers. Their enthusiasm is decreasing because of the loss of interest, resulting in the completion date being delayed," the expert suggested.

Billions at Stake: Boeing Deploys Weaponized Info in Fighter Jet Battle
Pryadka believes that the development of the new universal strike bomber will be postponed.

"The F-35's 'elder brother' is the F-22 Raptor; a number of these aircraft have been delivered to the US Army. However, due to the complexity of its design and its on-board equipment the cost of the aircraft soared dramatically and the program was limited," the Russian expert recalled.

The question is what the prospects of using such sophisticated weapons are, he noted.

"Perhaps the current US leadership is concerned about spending on such programs, given that this money can be redirected to solve more pressing issues," Pryadka suggested.

According to the Pentagon's estimates, the F-35 joint strike program is expected to cost more than a $1 trillion over about 50 years.

Donald Trump has already made efforts to bring down the cost of the aircraft. Since December 2016, he has repeatedly discussed the F-35 program with Marillyn Hewson, Lockheed Martin's CEO, according to CNBC.

The media outlet pointed out that in January, Defense Secretary James Mattis "ordered a review of the F-35 program and how the government can reduce costs and options it might have with Boeing's F/A-18."

"It remains to be seen whether or not the Pentagon and the contractors will continue to ignore the unpleasant information about the F-35's performance in testing and the seemingly unending delays and instead attempt to create a false impression in the minds of the American people and their policymakers," Grazier wrote in his article.