Iran Nuclear Deal, 2 Years In: US Senators Seeking to Sabotage It 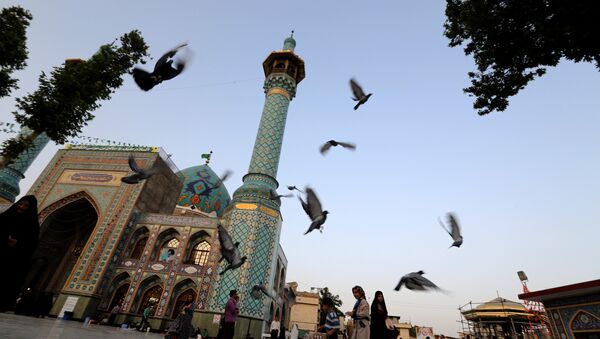 Only two years ago seven world powers, including Washington and Moscow, ratified a historic treaty guaranteeing that Iran would not develop or deploy nuclear weapons. Now, promises made by the US as part of the deal stand in danger of being circumvented by the administration of President Donald Trump.

Although the president cannot, as he has claimed, dismantle the multilateral treaty, he can take steps to renege on promises made by the US that are incorporated into the 2015 Joint Comprehensive Plan of Action, signed by China, Russia, France, Germany, the UK, the US, and the European Union, to prevent Tehran from developing a nuclear bomb.

A group of US senators is now seeking to undermine the treaty, signed on April 2, 2015, that lifted sanctions against Tehran, in exchange for regular inspections of the country's nuclear facilities by United Nations Security Council monitors.

Tehran has been observed to date as honoring its end of the bargain, quickly spiriting disputed materials out of the country and shutting down any machinery that could be used for nuclear weapons development.

Walking a delicate balancing act, Iranian President Hassan Rouhani, a moderate, has juggled the anger of powerful religious fundamentalists in the country who call for "death to America" against calls by more reasonable constituents seeking an end to economic sanctions which have had a crippling effect, according to Rawstory.com.

But the group of US senators, noting that Saudi Arabia has chosen to purchase US weapons instead of Russian arms, and echoing claims by Riyadh that its arch-enemy Tehran is actively supporting terrorism, is seeking to find ways to encourage Trump to renew the sanctions against Iran that are set to expire under the 2015 treaty.

The charge is being led by Senator Bob Corker (R-TN), who on March 23 introduced a bill titled "Countering Iran's Destabilizing Activities Act" to the US Senate Foreign Relations Committee. As of Tuesday, it had 25 co-sponsors, of which 11 were Democrats.

The National Iranian American Council was quick to decry the bill, claiming that it would "place President Trump's trigger-happy finger on the ignition switch of a deadly conflict with Iran."

Cooler heads may yet prevail, however. During his confirmation hearing, US Secretary of Defense James Mattis was reported to have expressed his support for the treaty. Federica Mogherini, the European Union High Representative for Foreign Affairs, asserted that during a meeting with US Secretary of State Rex Tillerson, the latter had promised that Washington would adhere to the agreement.