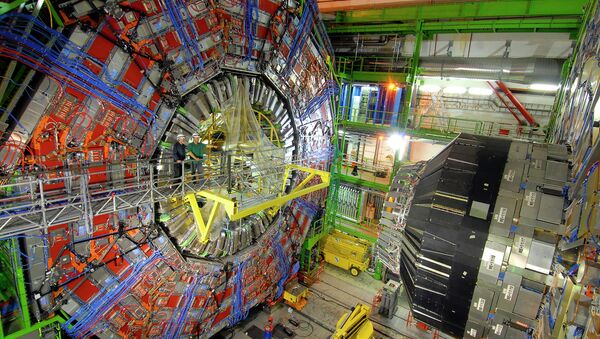 © Photo : CERN
Subscribe
Why do they call bottom quarks beauty quark? Where has antimatter gone? What do physicists want to find outside the Standard Model? 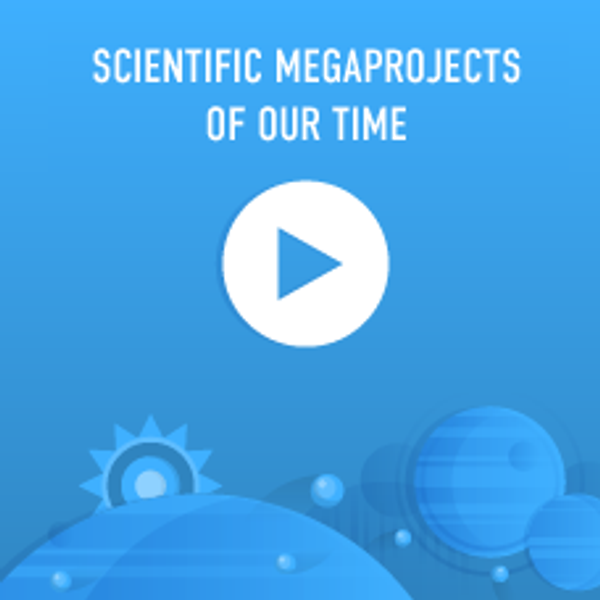 Antimatter, Dark Energy: What Else Does Modern Physics Look at?
Andrei Golutvin, head of the SHiP (Search for Hidden Particles) project at the European Organization for Nuclear Research (CERN), director/head of research at the Center for Infrastructure and Cooperation MegaScience at the National University of Science and Technology MISIS (NUST MISIS), professor with the High Energy Physics Group at the Imperial London College, discusses these and other issues in this RIA Novosti interview.

You lecture at the London-based Imperial London College and simultaneously do research at CERN where you are a member of two large collaborations: SHiP and the Large Hadron Collider beauty experiment (LHCb). What is your job at Russia’s NUST MISIS?

Andrei Golutvin: Just like the entire goal for CERN, fundamental (basic) research is our common objective. At the same time, only 15 percent of CERN employees are involved in fundamental research; the others address engineering tasks.

The Large Hadron Collider features huge pieces of equipment whose creation, operation and maintenance require the efforts of many engineers. CERN employees and those from national universities in various countries team up with industrial firms to conduct research and build parts for this equipment.

Russian Researchers Work on a Unique Decay Volume Vessel for CERN
NUST MISIS has already become an equal member of the ShiP (Search for Hidden Particles) collaboration. We are trying to find an explanation for phenomena not described by the Standard Model of elementary particles, such as the existence of dark matter and the absence of antimatter in the Universe.

So, detection equipment will be built for this, including the SHiP detector, and a special channel for extracting a particle beam of very high intensity  from the Super Proton Synchrotron (SPS), a particle accelerator of the synchrotron type, at CERN. MISIS will develop a large magnet, one of key elements of this unit.

Is LHCb a large collaboration, under LHC standards? What do you think about its prospects?

Andrei Golutvin: Yes, it currently involves over 1,000 physicists and engineers from various countries. The unit is currently being drastically overhauled. There are plans to boost the intensity of particles that can be detected by this unit ten-fold over the next two to three years.

It may become necessary to boost the unit’s intensity by several times in about five years. See for yourself: The initial program was to have lasted ten years. We would only collect about 50 percent of the initially planned statistics after working for five years. It wouldn’t be smart to continue working like this because new effects are unlikely to be discovered. But if we boost intensity 50-fold, we could expand the sensitivity of the experiment to explore the Standard Model.

What are the common features of the LHCb and SHiP units?

Andrei Golutvin: Both work with flows involving a tremendous amount of particles. LHCb is used to develop elements of detectors for conducting high-precision measurements during great loads.

We have to make a system of magnets for the SHiP project; they will deflect known particles originating inside proton beams during the collision with the target. By deflecting them, we can search for rare events outside the Standard Model in very profitable conditions, that is, during the virtual absence of background events.

The Large Hadron Collider beauty (LHCb) unit has a special program of experiments involving the so-called “beauty” quarks. What’s so “beautiful” about them?

Russian Scientists Measure Amount of Dark Matter Lost Since The Big Bang
Andrei Golutvin: In reality, there are six types of quarks. It is believed that all of them represent three generations. The first generation of down-and-up quarks is the building blocks of all protons and neutrons. Basically, we and all surrounding substances are made of quarks. These quarks are followed by the second generation of charm-and-strange quarks. The third generation of beauty-and-top quarks includes beauty quarks and further top quarks.

Why do we need them if everything is made from first-generation quarks?

Andrei Golutvin: The Universe was formed about 14 billion years ago. After the Big Bang, we found ourselves in a Universe where there is only matter but no antimatter. At the same time, we know that when protons collide inside the LHC, an approximately equal amount of matter and antimatter is formed, just like during the Big Bang. Nevertheless, we quickly found ourselves in a world filled with matter alone, where the antimatter had disappeared. This means that matter and antimatter have different temporal development patterns.

The process involving “beauty” and “anti-beauty” quarks is quite convenient for studying the differing temporal evolution of matter and antimatter. Beauty quarks alone tell us that, unlike matter, antimatter evolves absolutely differently in terms of its temporal development.

Does this mean that antimatter both exists and doesn’t exist?

'A New Precision Tool for Physics': Dark Matter Could be Illuminated Using LIGO
Andrei Golutvin: We are trying to find new mechanisms outside the Standard Model to help explain the temporal development of our Universe and the disappearance of antimatter at a very early development stage.

This remains a riddle so far. By the way, the search for these mechanisms also merges the physical tasks of the LHCb and SHiP experiments.

Are you hoping that the Large Hadron Collider’s SHiP and LHCb units will help solve this question?

Andrei Golutvin: Of course, everyone is dreaming of answering questions that cannot be answered by the Standard Model. At least, the LHCb unit a priori guarantees a very accurate check of this theory.

If we are lucky with our SHiP experiment, and if we detect hidden particles, it would be a major discovery making it possible to answer many fundamental questions of nature.

What are the chances of you “recording” this rare event?

Andrei Golutvin: I’ll reply with the help of the figures. To see one rare signal, I have to gather 1020 protons during the SHiP experiment and to land them on the target. Available technology will only allow this in five or so years using CERN particle accelerators.

Of course, we hope to see at least one signal event. After that, everything will depend on the background. We will be unable to draw any conclusions if the background is just another event. If the background proves smaller than one-tenth of the event, we would boost the sensitivity of all similar earlier experiments tens of thousands of times over.

And what if no event is found in five years? Will you dismiss all theories?

Andrei Golutvin: Smart theorists always invent theories that cannot be completely verified through experiments, and some free play always remains … However, the SHiP experiment will be able to seriously limit remaining probabilities for a very large class of models being discussed today.