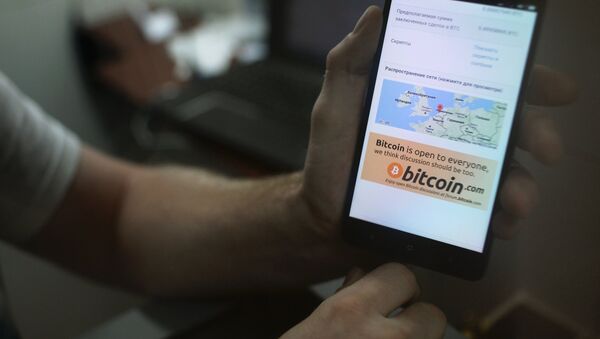 Japan has implemented a law which recognizes virtual currencies as an official method of payment.

Bitcoin Hits Record High: ‘This Is All Trump?’
A new law giving bitcoin and other virtual currencies official recognition as a method of payment came into force in Japan on Saturday.

Virtual currencies are enjoying growing population in Japan, where domestic circulation of bitcoin, Ripple, Litecoin and others amounted to 185 billion yen ($1.67 billion) in the 2015 – 2016 fiscal year.

By 2020, the amount of bitcoin in circulation in Japan is expected to reach 1 trillion yen ($9 billion), the Nikkei Asian Review reports.

Konstantin Korishchenko of the Russian Presidential Academy of National Economy and Public Administration (RANEPA) told the Russian news agency Prime that transactions with bitcoins will have to be settled with the help of specially authorized banks.

"This means that in Japan, you can pay with bitcoin as well as yen. This will increase demand for the crypto-currency itself and the operations with it. However, all these operations have to be carried out via specially authorized organizations, 'bitcoin clearing banks.' They have serious capital requirements imposed on them," Korishchenko said.

There is currently no national framework for carrying out transactions with digital currencies and the Accounting Standards Board of Japan has been tasked with reviewing ways to regulate the use of bitcoin in Japan.

Against All Odds, Bank of Japan Adamant About Maintaining Negative Rates
Korishchenko said that national monetary authorities are likely to try to gain control over crypto-currencies as their use becomes more widespread.

"In the foreseeable future, it is likely that we will be confronted with 'sovereign' crypto-currencies, as a kind of transition stage where a regulator will have control over the register of payments and 'electronic wallets,' which completely contradicts the main idea of such currencies."

"Nevertheless, in the digital world of the future everybody will be using them. As information technology develops it will be convenient to use one single crypto-currency, but the presence of several crypto-currencies won't present a problem. From force of habit, they might be called dollars, euros or rubles but they won't have any relation to the money we use today as they won't have any relation to the today's monetary circulation," Korishchenko said.

Korishchenko said that blockchain, a database of all bitcoin transactions which is a main component of bitcoin, could serve as a model for future transactions.

Sooner or later, digital signatures will be widely used although it remains to be seen whether a crypto-currency will be the foundation for more digital transactions.

"Time will tell whether it (the digital signature of the future) will be a crypto-currency. Many experts are calling for more active use of new technologies, including blockchain, as they see considerable benefit to them," Korishchenko said.