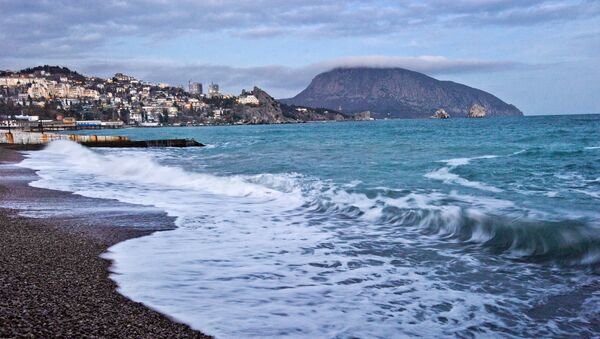 “They got an opportunity to see the real situation [in Crimea]. Many negative myths about Russian Crimea were dispelled. We invite all Ukrainian politicians and businessmen, not indoctrinated with nationalism, to visit the peninsula. Crimea is already receiving signals from the Ukrainian establishment willing to visit the peninsula,” Balbek said.

He pointed out that he was ready to initiate the visit for Ukrainian colleagues willing to know how the life on the peninsula had changed within last several years.

Crimean Frontier: Reasons Behind Russia Boosting Black Sea Defense Capacities
“I am sure that Ukrainian politicians would have started to visit the peninsula a long time ago if there had been no threat of repressions in their country,” Balbek added.

The Crimean peninsula seceded from Ukraine and was reunified with Russia after more than 96 percent of local voters supported the move in a referendum in March 2014. Kiev, as well as the European Union, the United States and their allies, did not recognize the move and consider the peninsula is an occupied territory.

Nevertheless, over 60 delegations from dozens of countries visited Crimea in 2016, defying Western restrictions, including those from France, Italy, Jordan and many other nations. This trend has continued into 2017, which has seen two large European delegations visit Crimea in March, as part of public diplomacy efforts to restore political and economic cooperation with Russia.