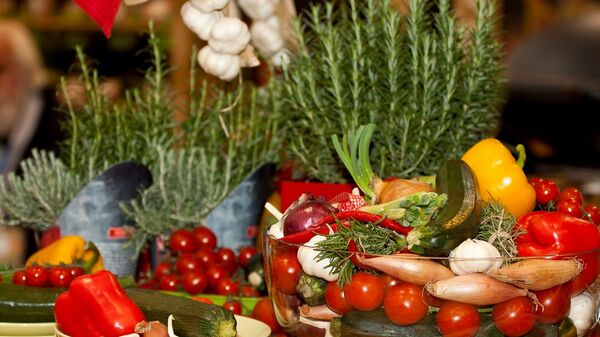 Russian women living in Madrid have been denied service in one of the city’s restaurants -- they say, just because of their nationality.

No Joke: Increasingly Repressive Spain Seeks Prison Term for Tweet Joke
A group of Russian women living in the Spanish capital sought to set up a party at the restaurant on April 1, but were refused because of their nationality, according to a report by Russia's NTV news website.

According to one of the party's hosts, Anastasia Samotorova, the female Russian community of Madrid, which involves at least 1.2 thousand Russian-speaking women, gathers together from time to time to celebrate. Around 150 Russian women, for instance, gathered in the city for March 8, International Women's Day.

​But their plans for an April's Fool's Day party were thwarted by Sagardi, the restaurant where a large number of seats had already been reserved. Restaurant staff called Samotorova to tell her that the reservation has been cancelled.

"For the first time in five years of living in Spain I felt like a black man of the apartheid era," Samotorova wrote on Facebook. "Yesterday night a Sagardi manager called me and told that the reservation has been voided."

She also posted an abridged version of the conversation she had with the caller.

"Why is that?— Sorry, I can't tell you… Do you want to hear it straight?— Sure!  - You see, the thing is that people of Russian origin are ‘out of the format' of our enterprise and are not welcome here."

Following the call, Samotorova reportedly filed a discrimination complaint to the police. The owner of the restaurant, Iñaki Viñaspre, then called Samotorova and apologized for the manager's actions.

​Viñaspre noted that the enterprise "in no way" agrees with "nationalistic outbursts toward the Russian community," and offered not to cancel the event. He also offered public apologies to the group, according to RIA Novosti.

However, the story then took a puzzling turn. According to later reports by Russian news agencies, the restaurant denied its refusal to serve Russian women. A representative for the establishment claimed that the women cancelled the event themselves.

"We have voided no reservations based on nationalistic of xenophobic motives," the representative reportedly said. "We are happy to serve guests from around the world. We only told the girls they need to wait for the reservation to be confirmed. The girls called to void the reservation themselves, despite the fact that we haven't confirmed it at the moment."

Later, RT published a follow-up to the story, citing an official statement by the Sagardi restaurant network:

"Gruppo Sagardi would like to clearly state that we discriminate against no clients based on their race, religion or nationality."

"The very sort of the event that [the women] booked, does not comply with the characteristics of our restaurant, and this, and only this, is the reason we denied it from being held in our restaurant," the statement reads.

If the whole thing was an April Fool's Day joke, it was terrible.