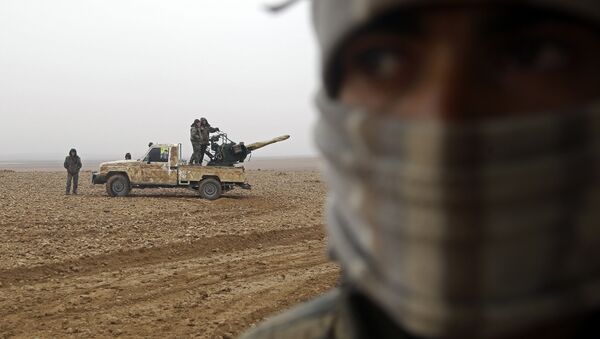 The SDF also seized the bodies of 24 IS militants, as well as large amounts of weapons, ammunition, and an armored panzer, according to the agency.

SDF Units Liberate Airport Near Syrian Tabqa From Daesh on Way to Raqqa
Al-Tabqah is within 40 kilometers (24.8 miles) distance from Raqqa, the de facto Daesh capital in Syria. Earlier this week, SDF military commander Nasser Haj Mansour told Sputnik the SDF troops completely surrounded Al Tabqah, and expressed hope it would be captured in the near future, adding that the SDF would use a military base near Al-Tabqah during their offensive aimed at the liberation of Raqqa.

The Wrath of Euphrates operation, aimed at liberating Raqqa was launched in November 2016 by the Kurdish-led Syrian Democratic Forces (SDF). The Pentagon confirmed that US military advisers, aircraft and artillery were deployed to Syria to "train, advise and assist" the SDF and allied troops.