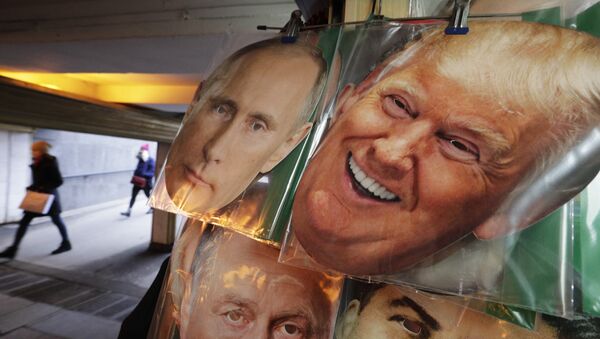 Referring to the Friday episode of NBC's "Meet The Press," in which host Chuck Todd interviewed former White House Press Secretary Josh Earnest about an ongoing investigation into collusion and back dealings between the Trump administration and various political and financial entities in Russia, Trump asked when the media would stop talking about Russia and start talking about the Obama "surveillance scandal" again.

​Later on Friday evening, Todd appeared on NBC's "Nightly News," observing that the president's debunked assertions were the primary reason for a perceived lack of legitimacy in Trump's administration.

During Friday's program Todd said: "I think the biggest problem here is you have the president not wanting to accept the conclusion that Russia tried to interfere in the election and that there is going to be an investigation in this, whether he likes it or not."

"The source of all of the current problems for this West Wing right now, for this presidency right now, all stems from that tweet where the president accused [Obama] of wiretapping him," he added, according to Business Insider.

Trump's early-morning tweets included what appeared to be a personal attack on the news journalist, referring to Todd as ‘Sleepy Eyes,' while returning to a tried-and-true gambit of claiming that any news story he doesn't like is "Fake News.

Attempting to draw attention away from the ongoing Russia question to the more palatable topic of his own persecution, Trump commented on a Fox News report claiming to have revealed the "high up" official responsible for the unmasking of private citizens and associates of Trump who were allegedly caught up in surveillance activities under the Obama administration. Trump's claims that Trump Tower was "wiretapped" by Obama have been refuted by Obama administration officials, lawmakers on both sides of the aisle and FBI Director James Comey, among others.

​Adding fuel to the fire of Trump's difficulties is former National Security Advisor Michael Flynn who, after just two weeks in office, was forced to resign when it came to light that he had lied under oath to cover up conversations with Russian ambassador Sergey Kislyak.

Flynn offered to testify in the ongoing investigation, in exchange for immunity from prosecution, but was turned down. It was noted that, prior to the November 2016 presidential election, Flynn said, "when you are given immunity, that means you have probably committed a crime."

Trump and his administration have said Flynn should be interviewed in the ongoing investigations, and that they have nothing to hide.