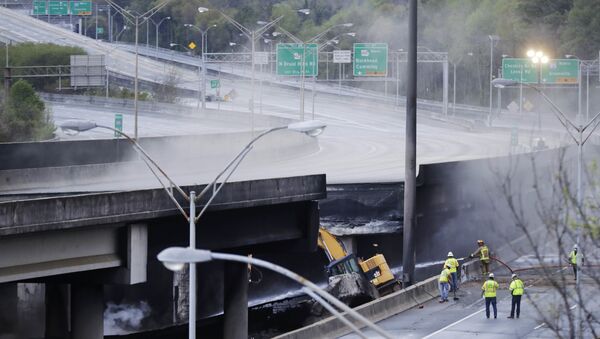 © AP Photo / David Goldman
Subscribe
Three people have been arrested in connection with the huge blaze that took out a chunk of Atlanta freeway on Thursday and will cause traffic headaches for months.