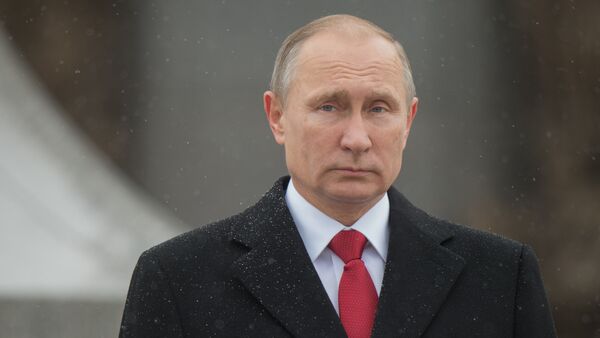 © Sputnik / Sergei Guneev
/
Go to the photo bank
Subscribe
Dmitry Peskov said that Vladimir Putin expressed condolences to the family of deceased Soviet Russian poet Evgeny Yevtushenko, who died in the United States at the age of 85.

"Yevtushenko was a great poet, and his legacy is an integral part of Russian culture," Peskov said.

Earlier in the day, poet's wife Maria Novikova told Sputnik that Yevtushenko, who had been admitted to hospital in a critical condition on Friday, died after cardiac arrest.

Yevtushenko was a well-known poet and essay writer, nominated for the Nobel Prize for Literature in 1963. In 1991, the poet with his family moved to the United States.