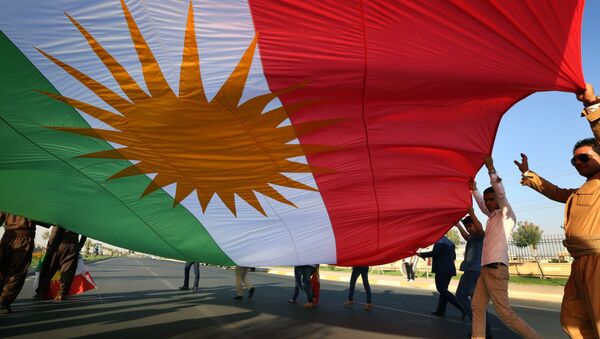 "We believe that such a move would be wrong especially during such delicate period … We disapprove mentioning such a matter during times of high security risks," Kalin said, as quoted by the Daily Sabah media outlet.

"Iraq's possible separation according to ethnic and sectarian lines would not only be limited within the territory of Iraq but rather be spread over the region and everyone will pay the price for such a move," Kalin added.

Kurds are the largest ethnic minority in Turkey, Iraq, and Syria. In the latter two nations, the Kurds are fighting against the Daesh terror group, outlawed in Russia, while in Turkey, they are engaged in a conflict with state authorities.