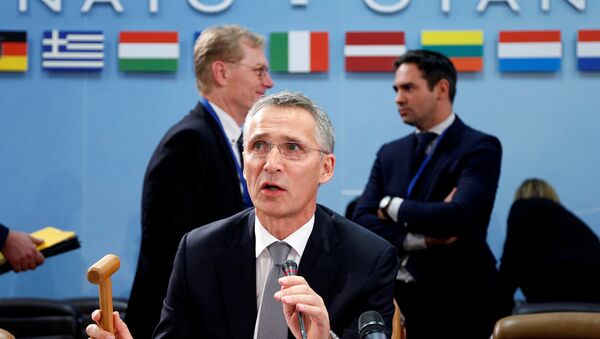 BRUSSELS (Sputnik) — He classified the defense spending pledge as "about cash, capabilities, and commitments."

"I expected national plans to be an important topic to be discussed today, because the idea of developing national plans for all NATO allies is something we have started to look into," Stoltenberg said ahead of the foreign ministerial meeting.

He explained the idea of national plans as "to outline how we will implement what we decided on defense spending back in 2014."

"The plan is to make decisions when heads of state and government meet in May, but since this meeting is an important building-block or preparation for the meeting in May, I expect national plans for how to meet the defense investment pledge to be an important topic today," Stotlenberg said.

"When our Heads of State and Government meet in eight weeks, their agenda will include two key points. First, fair burden-sharing to keep the transatlantic bond strong," Stoltenberg said in public remarks ahead of the meeting.

"The second major topic will be stepping up NATO’s efforts to project stability and fight terrorism," Stoltenberg said.