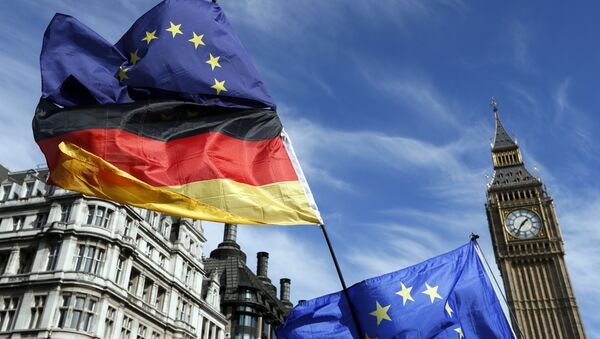 Germany's finance minister Wolfgang Schauble has warned the UK that it will not be able to enjoy the same rights it once did, which could put the position of London as one of the leading financial centers of the world at risk. Schauble's comments come days after the UK triggered Article 50 of the Lisbon Treaty, starting the Brexit process.

He told a German newspaper Osnabruecker Zeitung that "it is of course important that we keep the rest of the EU together."

Within the UK, much of the public debate has focused on what kind of Brexit "divorce" deal Brits can expect from the EU, with some politicians and pundits fearing that EU officials may try to drive a harder bargain, in an effort to deter other European nations from following suit.

A swirling rise of populism across the continent leaves the union vulnerable to more Vote Leave campaigns. French Presidential candidate Marine Le Pen has campaigned on the explicit promise of a "Frexit" if she were to win this spring's election.

EU Council President Donald Tusk has insisted that the EU will not seek to "punish" the UK for becoming the first nation to ever leave.

EU27 does not, will not pursue punitive approach. Brexit in itself is already punitive enough.

Indeed, both UK and EU financial analysts have pointed to deep structural problems within the Eurozone, which could make a punitive deal with the UK tantamount to the EU shooting itself in the foot.

However, German finance minister Mr. Schauble has been more circumspect about reassuring Brits, suggesting that Brits will see a cost to their choice to leave the union. 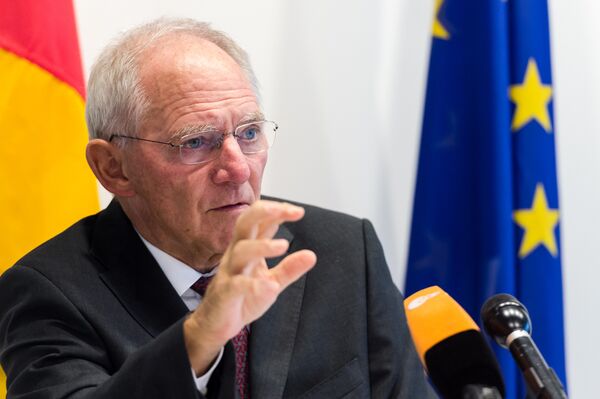 "We want to keep the Brits close but there are no rights without obligations," Schauble said.
© AP Photo / Geert Vanden Wijngaert

The common European market boasts an estimated 500 million consumers, currently a key export location for many British businesses. For the UK government, deciphering what "obligations" Schauble could be referring to are particularly critical when it comes to London's role as a global center of finance.

The UK is in big trouble. Negotiating from a position of weakness with Schäuble is a nightmare. Trust me, I am Greek…

The UK economy is heavily reliant on financial services, as opposed to manufacturing.

"Once and only once we have achieved significant progress on the withdrawal can we discuss the framework for our future relationship," Tusk said.

Tusk's proposals will be formally adopted on April 29, when leaders from the EU 27 will meet at a special summit to debate Brexit.